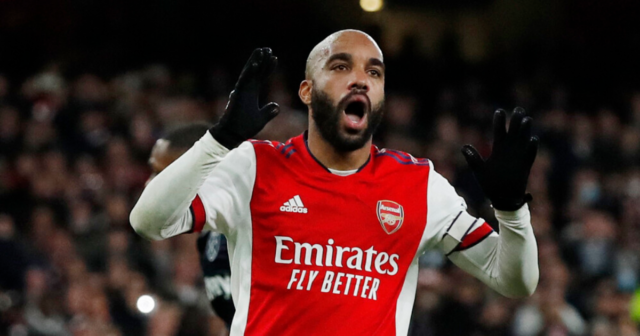 ARSENAL head to Leeds as they look to steal a march on their Covid hit Premier League rivals.

It’s a reduced programme this weekend, but unless something changes, the game in West Yorkshire will be going ahead.

Man Utd, Brentford, Watford, Norwich and Leicester have all had to call their weekend fixtures off due to Covid outbreaks.

The Premier League will meet on Monday to decide whether to have a festive firebreak, but at things stand they are determined that all matches which can be played should be played.

And Gunners boss Mikel Arteta has called on more clarity on the circumstances in which Premier League fixtures will be postponed.

He said: “Health-wise I hope that we are doing everything we can to protect everybody.

“Obviously the vaccine protocols are in place, everyone is trying to do their best and I am sure with everything we are doing we can do our best to keep everyone healthy.

“In terms of the competition, two things: we need much more clarity about why those games are not being played and what you need to not play a game, so we are playing in the same league.

“At the end the most important thing is that we are able to maintain within the context the fairness of the competition and for me this is a big thing now.”

What time does Leeds vs Arsenal kick off?

What TV channel is Leeds vs Arsenal on and can I live stream it?

Leeds have just ten first team players fit for the visit of Arsenal.

Meanwhile Junior Firpo is suspended after picking up a booking in the 7-0 loss at Man City.

Pierre-Emerick Aubameyang is almost certain not to return to the Arsenal squad after a disciplinary incident which saw him stripped of the captaincy.

Bernd Leno and Sead Kolasinac are the Gunners’ only injury absences.

*Odds from Betfair correct as of Friday, December 17