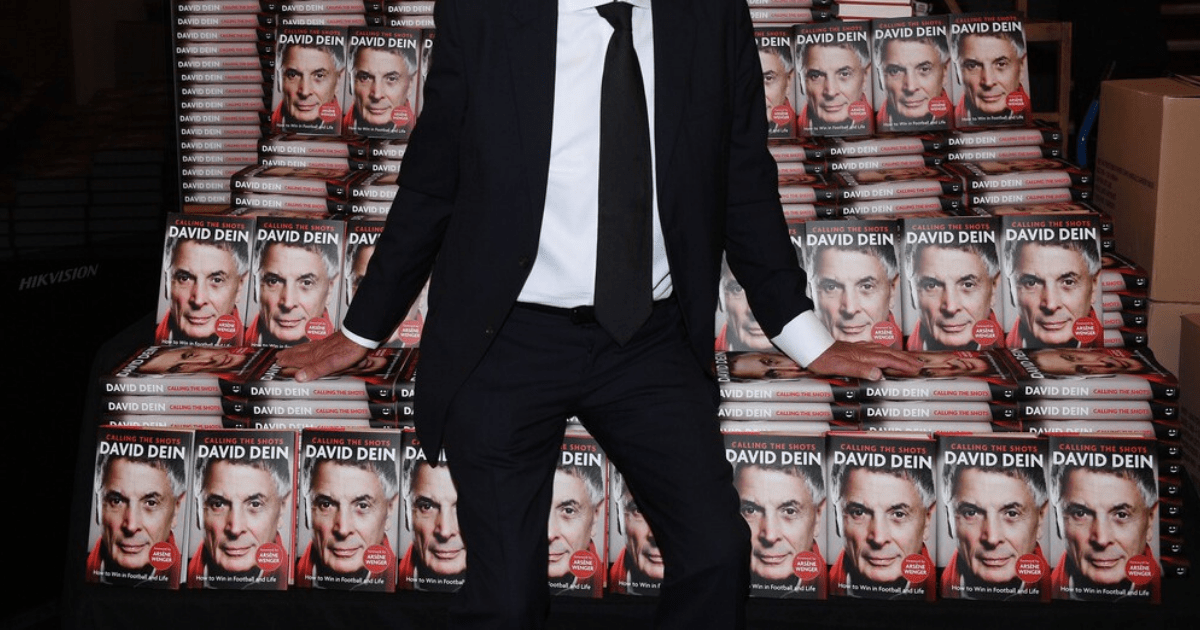 DAVID DEIN is being snubbed by old club Arsenal — who refuse to stock his new book in their shop.

The former Gunners supremo was one of the main reasons for their successful era under Arsene Wenger and has just published his life story.

Dein confirmed that the popular book was banned from the Emirates store.

He revealed: “I’m sad to say it’s not in the Arsenal shop and that disappoints me terribly. It’s very delicate to answer why.

“The publishers tried to put it in and I heard that the media department wanted to protect the owners, which was unfortunate.”

And he recently admitted letting Ashley Cole sign for Chelsea in 2006 was among his greatest regrets.

He told talkSPORT: “We should never have lost him in my opinion.

“His contract came up for re-negotiation and we didn’t offer him the right sort of money and meanwhile Chelsea did.

“And then there was this clandestine meeting. I got a call one day from a journalist from the News of the World at the time.

“He said, ‘We’ve got a hot story off the press that your player Ashley Cole is actually being tapped up by Chelsea, I think you should come and see us’.

“So I went down to their offices and they showed a signed statement from a waiter in a restaurant, in a hotel where Cole was meeting Chelsea.

“He was an Arsenal fan, the waiter, clearly, and he gave the story to the News of the World and it broke there and then. That really was the end of that.

“It was a great shame because Ashley was homegrown, he was an Arsenal boy, and I regret we didn’t do enough at the time to keep him at the club.

“It was also at the time of building the stadium and financing, tensions were raging about how we were going to finance the new stadium and we were watching every penny.

“Consequently we didn’t do enough to keep him and I regret that with hindsight. So Ashley, if you’re listening, I’m sorry.”

David Dean was vice-chairman of Arsenal between 1983 and 2007

In this article:daviddein, formerchief, inclub