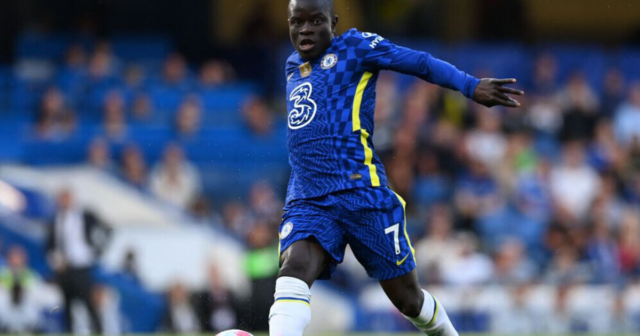 CHELSEA boss Thomas Tuchel claims it is a miracle his side have finished third as star man N’Golo Kante has missed most of the season.

Tuchel compared Kante, 31, to some of the biggest names in football.

N’Golo Kante has struggled with injury throughout the season

And he suggests the midfielder’s importance to Chelsea is as big as that of Virgil van Dijk to Liverpool.

Kante has struggled with injuries throughout the campaign and completed 90 minutes just ten times in the league this season.

He did not look his usual self in the 1-1 draw with Leicester on Thursday but Tuchel defended the Frenchman and lavished him with praise.

In his post-match press conference Tuchel said: “I think he is our key, key, key player.

“But key, key, key players need to be on the pitch and he has played only 40 per cent of the games, so it is maybe a miracle that we arrive in third place.

“He is simply that player, the guy who makes the difference and if you only have him 40 per cent of the time it’s a huge problem.

“Given that percentage, it’s maybe a miracle how consistently we produced results and it puts everything into perspective because I saw Liverpool last season without Van Dijk and they struggled heavily.

“You see the difference. N’Golo is our key player and he needs to be on the pitch.”

Kante’s future has been a topic of discussion in recent weeks as he only has a year remaining on his contract but it appears Tuchel is desperate for the midfielder to stay.

Reports suggest Chelsea could seek to cash in on Kante this summer amid interest from Manchester United with the club keen to avoid losing him for nothing in 12 months time.

But Kante is not concerned about his contract situation and is instead focused on getting up to speed and playing well.

He said: “The only thing that is sure is that I have one more year on my contract. It’s not really my concern.

“The only thing [on my mind] is to finish the season well.

“I’ll think about it at the right time but I just want to finish the season as best as possible.”