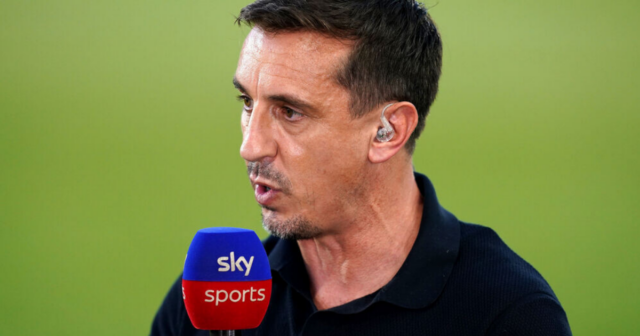 Following United’s humiliating 4-0 defeat to Brentford, Neville went on an explosive rant about the Glazer family, who own the club.

Old Trafford has had problems with a leaky roof

Neville lambasted the Glazers for how they were operating the club and told Sky Sports there needed to be a £1b investment in order to rebuild the club’s stadium and training facilities.

He said: “The embedded failure over a 10-year period and where the club currently are has to come back to the ownership.

“I blamed Ed Woodward for a long time but the reality is the Glazer family left him in situ, when he shouldn’t have been left in situ in charge of the football side.

“Manchester United need a billion pounds in this next two-three years to either rebuild or renovate that stadium.

“They probably need another £500-£600m on a training ground and other infrastructure projects and football investment.

“They’ve only got £40-£50m cash left in the bank, they were cash rich three years ago when they had £350m in the bank but they’ve no longer got that.

“Something is going to have to give.”

Neville’s rant came after a HEATED argument between himself and Jamie Redknapp, where Redknapp challenged Neville’s point that the owners were the ones ultimately responsible.

Old Trafford was originally built in 1910, and having been dubbed ‘The Theatre of Dreams’ it is known globally as one of the world’s most iconic grounds.

The stadium has a well-documented recent history of being run down and decrepit, with photos of rainwater leaking from the roof, rust being reported at the stadium, and mice running on the pitch.

It was revealed recently the Glazers have taken £1.5b out of the club in dividends payments since their takeover, United have paid £855m in loan interest payments, and the club’s net debt has INCREASED to £627m.

It comes amid reports which suggest Man United could be subject to a “hostile” takeover bid from former director Michael Knighton and a social media hashtag which suggests fans will boycott the United-Liverpool game next week. 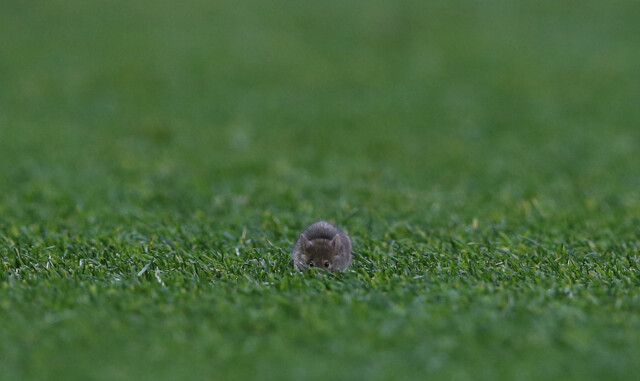 Manchester United have had problems with mice in the stadium
Did you miss our previous article…
https://www.sportingexcitement.com/football/premier-league/chelsea-vs-tottenham-tv-channel-live-stream-kick-off-time-and-team-news-for-huge-london-derby-in-premier-league/