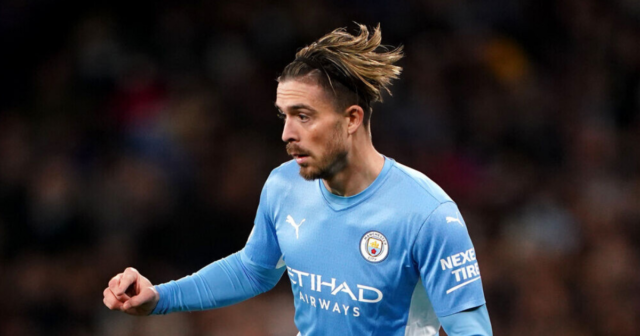 MANCHESTER CITY ace Jack Grealish has revealed he ‘100 per cent’ wants to return to boyhood club Aston Villa at some point in the future.

The 26-year-old left Villa in the summer for a British transfer record of £100million.

But he’s already thinking of a return to his old stomping ground.

He told the Telegraph: “It’s a club that is so close to my heart and I definitely hope to go back there.

“That’s always been in my mind. Ashley Young has done it and I want to do the same, 100 per cent.”

Grealish says the club was heading towards Europe, but he didn’t know how long it was going to take to get there – which played a part in his decision to leave.

He continued: “You only get one shot at your career and it just flies by.

“I feel Villa are going towards that (Europe) but I just didn’t know how long it was going to take for us.

“If I hadn’t come here, I would have regretted it forever. I remember hearing Michael Owen say the same about Real Madrid.

“You look at most of my England team-mates – I was probably one of the last to play Champions League (football).

“You could probably count two or three who haven’t, such as Kalvin Phillips or Sam Johnstone.”

The 36-year-old had four successful years for the Villans between 2007-11 before setting off for Manchester United.

Young won every competition available in England, and also won the Europa League.

The left-back even had a successful adventure in Italy, winning the Serie A with Inter Milan last term before returning to the Birmingham-based club.

Grealish is also in contention to face his old club for the first time since leaving on Wednesday night.

He has struggled with a muscle injury in recent weeks but looks to have overcome it.

And he vows to ‘clap all four sides of the ground’.

Did you miss our previous article…
https://www.sportingexcitement.com/football/premier-league/alan-shearer-not-convinced-newcastle-will-have-enough-to-stay-up-as-toon-legend-slams-basic-errors-in-norwich-draw