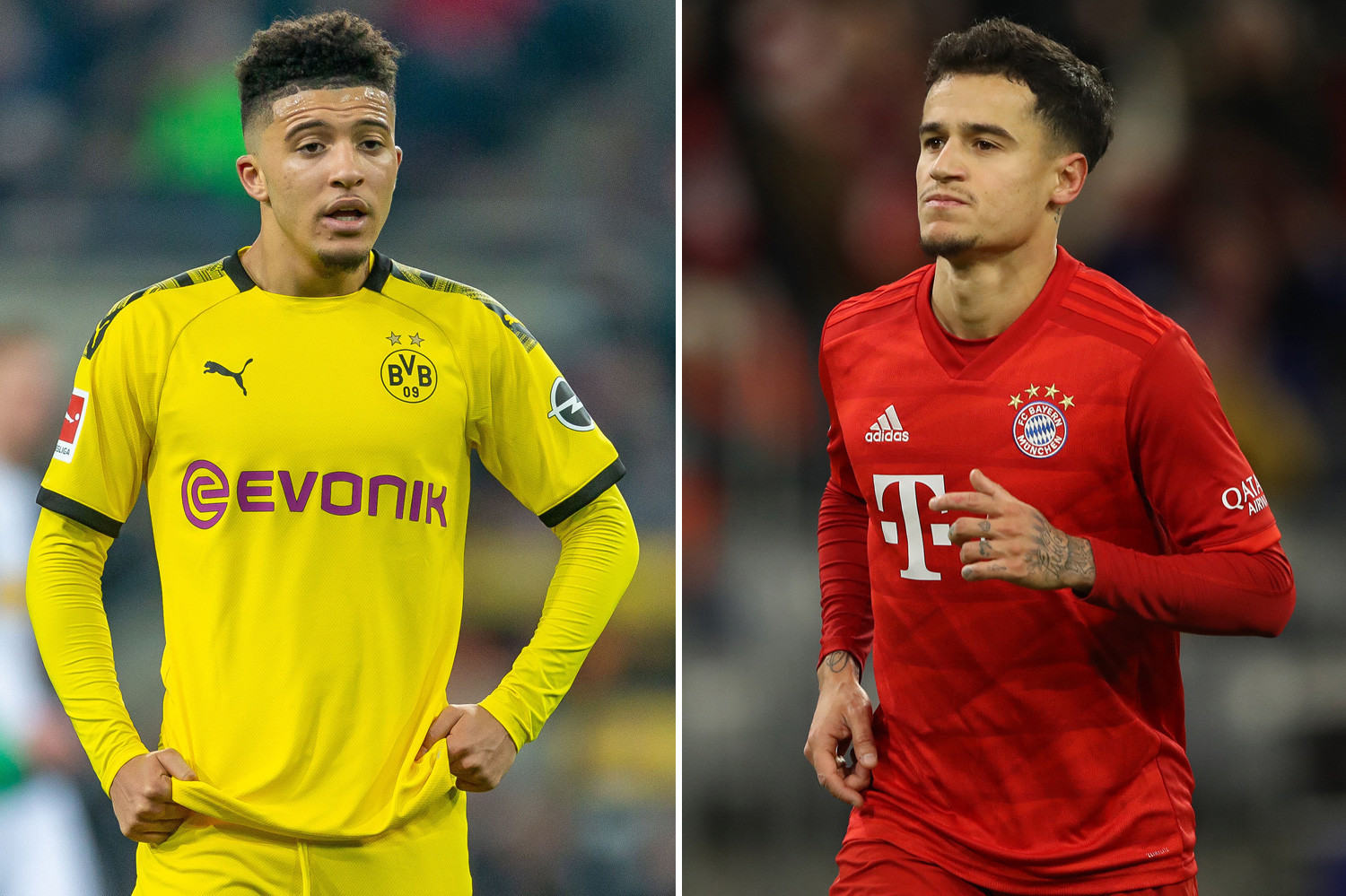 JADON SANCHO’s potential move to Manchester United could pave the way for Chelsea to complete the signing of Barcelona’s Philippe Coutinho.

England and Borussia Dortmund star Sancho is being watched by Europe’s top clubs with both United and Chelsea keen to secure the services of the former Manchester City academy ace.

Spanish outlet Sport are reporting that the Red Devils have stolen the march on the Blues in the race to sign Sancho meaning Frank Lampard‘s side are likely to turn their attention to Barcelona‘s Coutinho.

Ajax midfielder Hakim Ziyech has already put pen to paper on a £37million deal to move to West London and play in the Premier League for last season’s Europa League winners.

Lampard had earmarked Sancho, 20, as his no1 target – after being disappointed at the club’s failure to sign any players in January – and was lining up a bid of over £100m to lure the youngster to Chelsea.

However, it now appears he will have to settle for the Premier League experience of former Liverpool midfielder Coutinho.

The 27-year-old Brazilian playmaker has spent this season on loan at Bayern Munich but the Bavarians are unlikely to exercise the option to make the deal permanent for £105m.

Coutinho is likely to struggle for game time if he returns to the Nou Camp, having signed for Barcelona from Liverpool for £145m in 2018, and is not in the forefront of Catalan boss Quique Setien‘s plans.

The Blues have cash to burn after being banned from making signings last summer and Coutinho would be available for considerably less than Sancho – a fee in the region of £50m-£70m should do the trick.

Chelsea occupy fourth spot in the league and Champions League qualification would represent a good return from the Blues’ youngsters in club legend Lampard’s first season.

Covid-19 has brought world football to a halt and it remains to be seen when deals for Sancho and Coutinho can be completed with negotiations likely to continue despite the continued uncertainty.