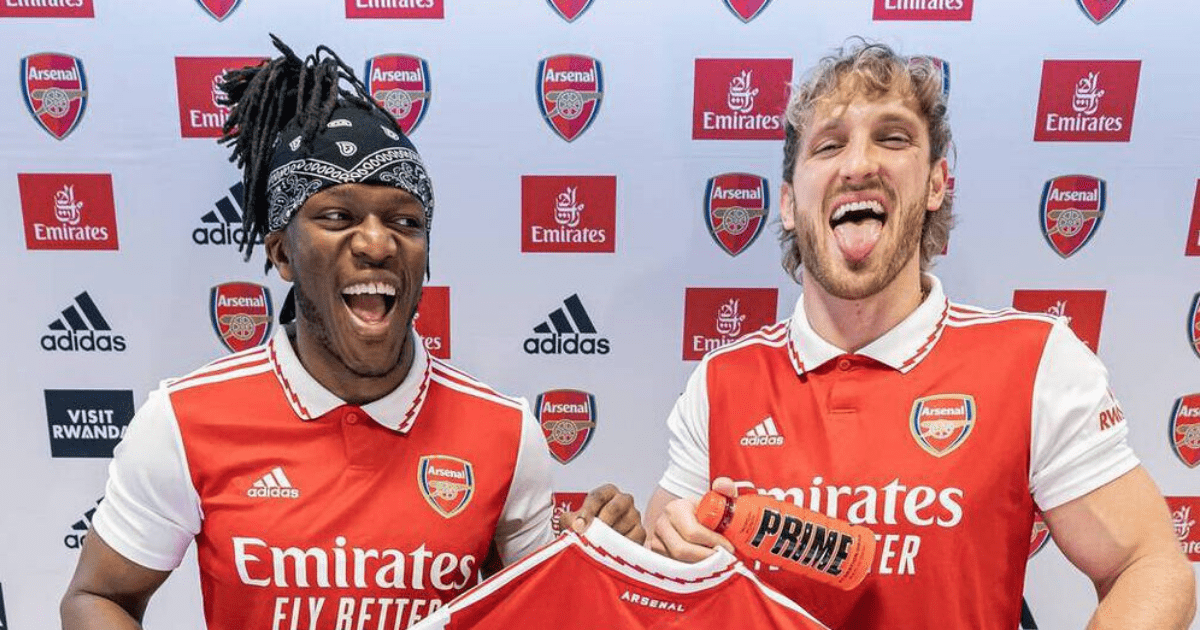 JAKE PAUL has challenged brother Logan and business partner KSI to a bet ahead of Liverpool’s clash with Arsenal.

Liverpool will take a visit down to The Emirates to face league leaders Arsenal on Sunday.

Jake Paul challenged his brother and KSI to a bet

And ahead of the game, YouTuber-turned-boxer Paul has called out Arsenal sponsors Logan and KSI for a bet.

He said: “The world is a betr place when Liverpool wins and Mo Salah is doing what Mo Salah always been doing. Scoring.

“Sunday at Arsenal is going to be a cracker. Maybe Logan and his junior partner in PRIME want to put on a little bet.”

His refusal to name KSI likely comes as a thinly-veiled dig at the multi-faceted Brit, who he has previously exchanged less than friendly words with on social media.

However, thus far there has been no response from the Sidemen Charity Match star.

Lifelong Gooner KSI struck up a partnership with former rival Logan in a business venture for hydration drink PRIME, with The Gunners having the exclusive rights to sell the drink in their stadium.

Arsenal will be hoping to extend their lead at the top of the table by beating Jurgen Klopp’s side, while Liverpool will be equally as determined given their poor start to the season.

The gap between the two sides currently sits at 11 points, meaning a win for either side could simultaneously reignite or implode the respective team’s title hopes.

Meanwhile, ahead of his fight against MMA icon Anderson Silva, Paul shared images of his warm weather training camp in Dorado, Puerto Rico to his Instagram.

Speaking exclusively with SunSport, Paul opened up the door for a fight with Tommy Fury for the final time following his Silva bout which is set on take place in Arizona, United States, on October 29.

But Paul was brutally labelled as an “average” fighter by Eddie Hearn during a Q&A session alongside the promoter, who is desperately trying to sort a deal out for the Chris Eubank Jr. vs Conor Benn fight to go ahead.