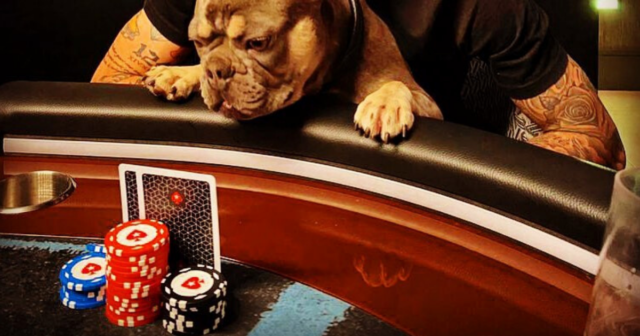 JAMES MADDISON proved he is a betting man – but Arsenal fans are desperate their club takes a gamble on the midfielder.

The Leicester star, 24, took to Instagram over the weekend with an adorable picture.

Maddison shared a pic in a black t-shirt and backwards cap with his French Bulldog propped up on his lap as they both look over a poker table.

The snap, tagged at Home Sweet Home with one of his England shirts in the background, was liked by more than 76,000 people.

Maddison – whose two dogs are called Diego and Denzel – captioned the post: “We all in bro?”

And it led to a barrage of comments on the post begging the Three Lions international to fold on Leicester and head straight for Arsenal after a summer of transfer speculation.

Another said: “Gamble and join Arsenal.”

A third, clutching tightly to straws, replied: “In the photo the red and white cards are more than the blue and white meaning he wants to join Arsenal.”

And West Ham ace Michail Antonio, facing Leicester tonight, added: “And out,” with a couple of laughing emojis.

New-dad Maddison was strongly tipped to join the Gunners in the current window.

But with Brendan Rodgers valuing the ex-Norwich ace at £100million, Mikel Arteta turned his attention elsewhere – and did not even enquire about Maddison.

Rodgers said: “There have been things this year around James, it was all paper talk, gossip, because there was never an enquiry, never a bid.”

Maddison is expected to be fit to face West Ham at the London Stadium tonight, despite limping off in the Foxes’ season opener against Wolves last week.

And the No10 is not the only Leicester player honing his gambling skills of late.

As revealed by SE, talisman Jamie Vardy banked a cool £30,000 at the Park Lane Casino in London’s Mayfair after lifting the Community Shield. 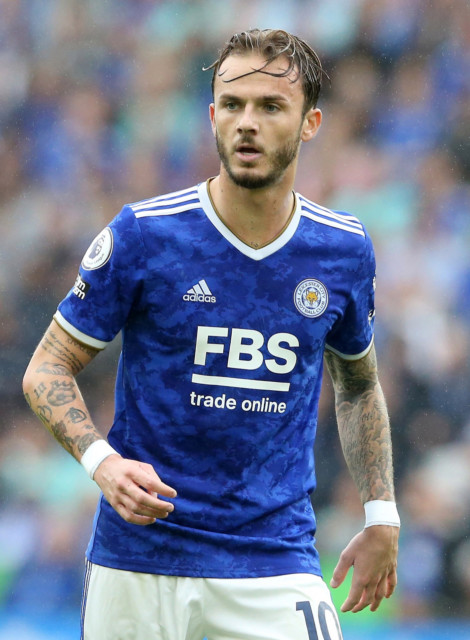 Brendan Rodgers insisted there was never a bid from Arsenal for Maddison, who could start at West Ham