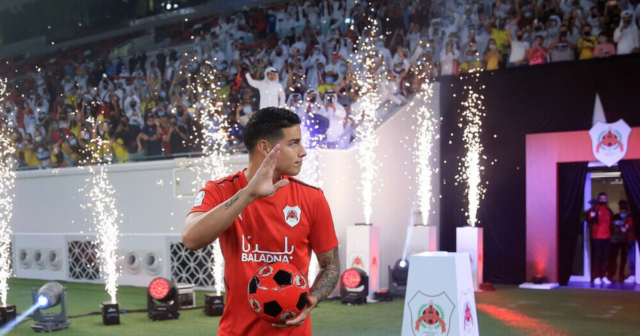 JAMES RODRIGUEZ looked distinctly unimpressed as he watched his new team from the stands over the weekend.

The Colombian, 30, joined Qatari side Al-Rayyan from Everton last month after being frozen our by new boss Rafa Benitez.

Rodriguez isn’t quite ready to join his new team-mates in action, but is in Qatar acclimatising to life in the Middle East.

The attacking midfielder rocked up to watch his side play Al Ahli on Saturday.

And judging by his facial expression, he didn’t much enjoy the game.

The match feed cut to a bespectacled Rodriguez in the 27th minute.

With his mouth open ajar, Rodriguez appeared horrified by what he was watching.

And it didn’t go unnoticed online.

If the 2014 World Cup Golden Boot winner is unimpressed with his new surroundings, however, he didn’t show it when conducting his latest interview.

“Everyone is in great shape. I’ll do my best and hope everything goes off well.

“At the end of the day, I’m a person who wants to win as many titles as possible, now for @AlrayyanSC club and its fans.”

Al-Rayyan went on to win the match 1-0, courtesy of an 83rd minute penalty by ex-Porto ace Yacine Brahimi.

In addition to Brahimi, Rodriguez will play alongside French World Cup winner Steven Nzonzi – while being managed by another in Laurent Blanc. 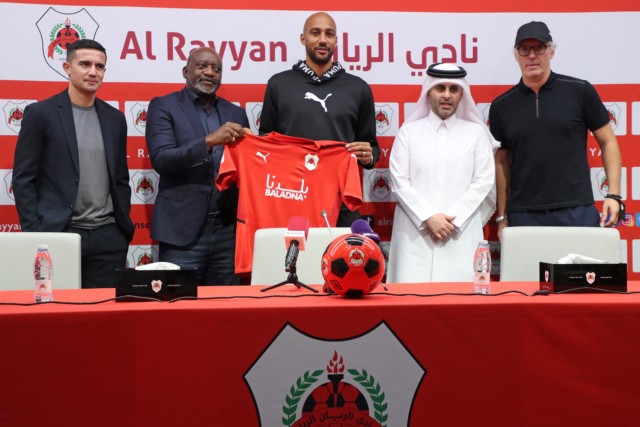 Tim Cahill, left, Steven Nzonzi, middle, and Laurent Blanc, right, are all onboard at Al-Rayyan
Advertisement. Scroll to continue reading.

Did you miss our previous article…
https://www.sportingexcitement.com/football/premier-league/inside-chelsea-legend-john-terrys-incredible-trophy-room-with-wall-to-wall-cabinet-to-display-silverware