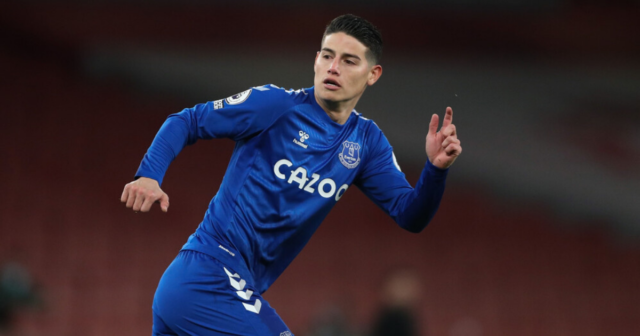 EVERTON star James Rodriguez could leave Merseyside for AC Milan this summer, according to reports.

The Colombian arrived at Goodison Park to much fanfare last summer from Real Madrid.

James Rodriguez could be running out on Goodison this summer

But after his old boss Carlo Ancelotti jumped ship to return to Madrid, Rodriguez could follow his mentor out of the club.

According to Marca, Milan are keen to bring the Colombian to Serie A.

The Italian giants are in the market for a creative midfielder, after Hakan Calhanoglu controversially jumped ship for rivals Inter on a free transfer.

Rodriguez is said to be on their wishlist, as well as his former Madrid team-mate Isco.

The 30-year-old is currently back at Finch Farm for pre-season under Rafa Benitez, after surprisingly being left out of Colombia’s Copa America squad.

But according to the Mail, his agent Jorge Mendes has been looking to drum up interest since last month.

They claim that he has been offered to the likes of Atletico Madrid and Napoli by his representatives.

Rodriguez made 26 appearances in all competitions in his first season with Everton.

Rodriguez and Isco are both on Milan’s radar

He managed a respectable six goals and nine assists, but struggled for fitness.

The attacking midfielder played in just one of Everton’s last six games – a 1-0 home defeat to already relegated Sheffield United.

Rodrigues HAS modelled Everton’s kit for next season, however.

Ancelotti’s side had a disappointing season, finishing tenth in the Premier League before being blindsided by the former Chelsea manager’s sudden departure.

He has been replaced by the unpopular Benitez, who began pre season training last week.

The Toffees defeated Accrington Stanley in an 80 minute behind closed doors friendly over the weekend. 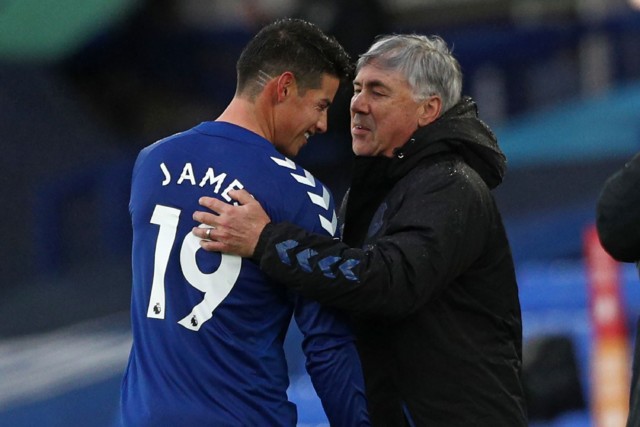 The Colombian has been left behind by old mentor Ancelotti