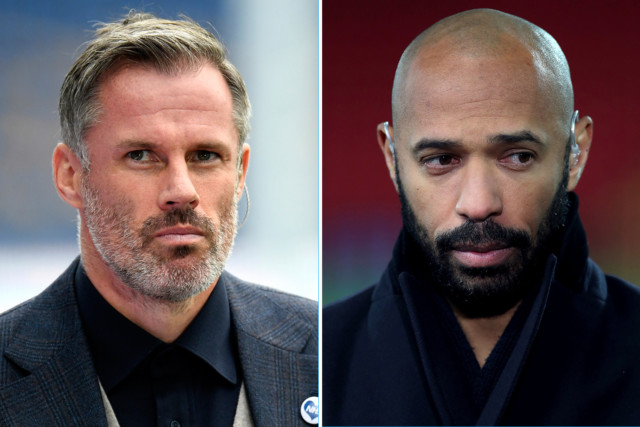 And the pair agreed on three legends to be added.

The Arsenal hero appeared on Monday Night Football a week after being named as one of the two initial Hall of Famers alongside Alan Shearer.

But while three got the nod from both former Premier League stars, they also had another three each from the list of 23 nominees to be voted in next.

Henry: “Bergkamp always wanted to do more, first in training, last in training, doing what the game was asking him to do. The passion he had for Arsenal and for the Premier League.

“He made the team better, the guys around him better. At one point he came back and did all of pre-season without a contract, working hard, playing all the friendlies.

“He showed us what it meant to be a professional. And we must mention the goals and impact on the club. It’s a no-brainer for me.”

Carragher: “He is one of the biggest figures in Premier League history. Look at how Manchester United’s fortunes turned on that signing. The decision to leave Leeds, he came in and there was just something special about him. 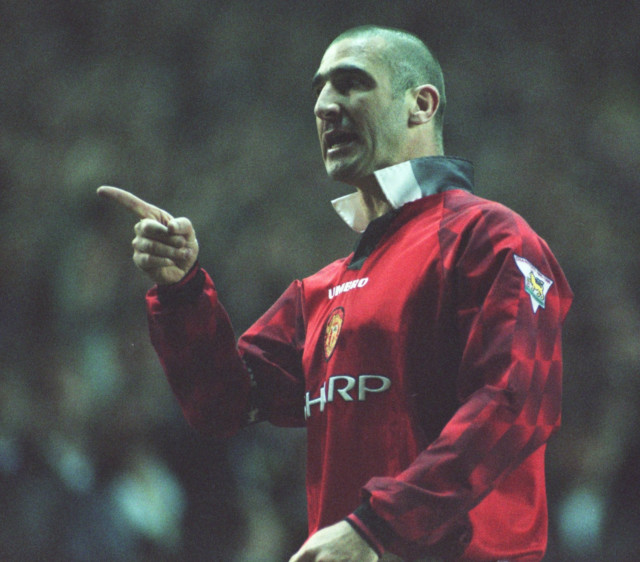 Henry: “He was very French! His goals, his attitude – he would score and be like, ‘So what? Let’s go to kick-off and play again.’

“For us, it was the beginning of everything. The Premier League wasn’t well televised but when he went there we realised what a league – fans, atmosphere.

“Cantona, a French guy for Manchester United and his nickname is the King – wow.”

Henry: “I get annoyed when people talk about Roy Keane and his tackles and being hard – yes he was. But what a player he was, he could pass, score. 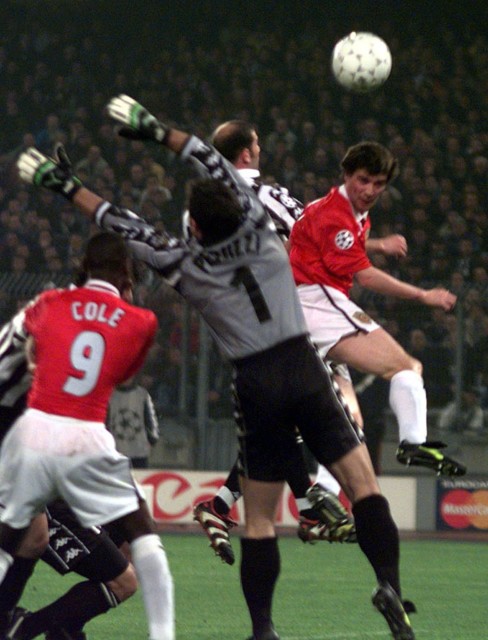 Roy Keane was not just a hard man in the middle, he galvanised Manchester United

“I was in the stand when he scored the header in Turin – wow, the way he brought his team back into the game, battled in midfield, galvanised everyone to play better just by who he was.

“I understood why they listened! He could play.”

Carragher: “We’ve had the Scholes-Gerrard-Lampard debate and people will say all the others on the list have won the Premier League. Stevie didn’t.

“My two arguments are: there is no player in the history of the Premier League in the PFA Team of the Year more than Gerrard. That shows what players playing against him thought of him.

“Eight times, no-one has ever got to that many – it just shows how dominant he was in the Premier League. 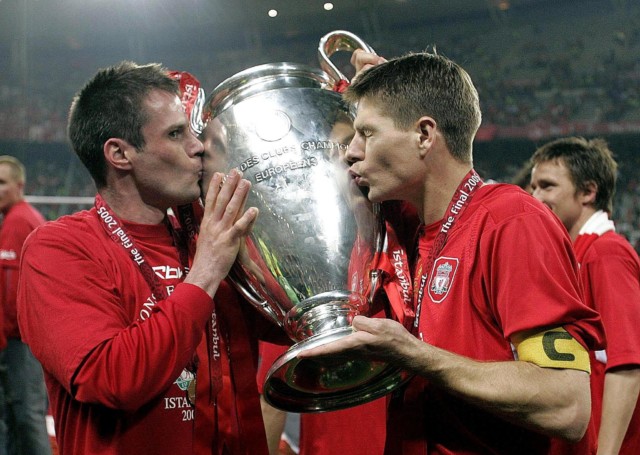 “I’ve always said Henry is the best player to play in the Premier League, but what I would say is Steven Gerrard is possibly the best all-round player.

“He had two or three seasons as a No10 off Torres, and how he performed in those two years – I’d put him up alongside any No10 in the Premier League. The goals he scored, and the assists.

“Right midfield he got PFA Player of the Year in 2006, I think he played there and scored 20 goals from right midfield.

“In terms of all-round quality and someone who could have played all over the pitch, to a similar standard, those are the two reasons he’s gone in for me.”

Henry: “I’m a Stevie G lover but Paul Scholes. When we played Manchester United, we had to stop him. He made the team tick.

“We were scared of him, first and foremost. If we stopped him, we stopped a lot of Manchester United.” 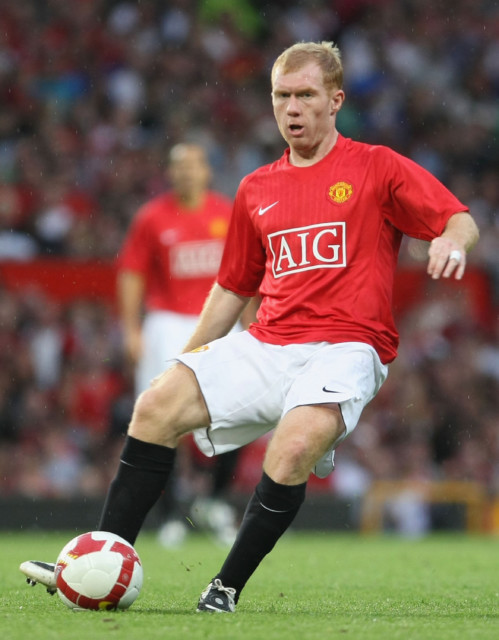 Carragher: “For me the best centre-back to play in the Premier League era, I do believe that. You said about Keane, it’s similar with John Terry. We think of him as the warrior, the leader.

“His passing ability was as good as any centre-back I’ve seen in the Premier League. I’ve never seen anyone switch play with their weak foot – he played 60-yard passes with his left. 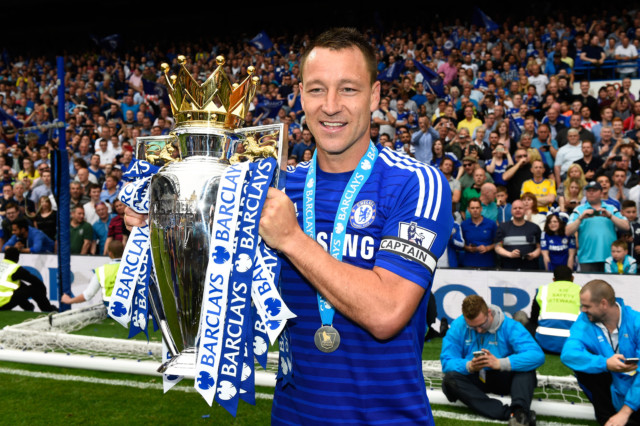 Henry: “He is the only guy who could play alone in midfield, play 4-1-5 if you want. I knew when Patrick was scanning and I was already coming off my defender because he was getting the ball.

“The quality. Sometimes he left the ball on purpose, flicked the ball, he was unplayable. I don’t know many who could do everything in midfield. 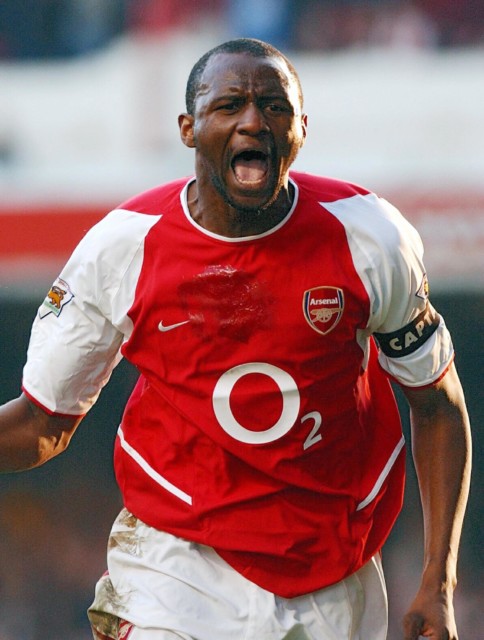 “We played Chelsea on Sunday and again Tuesday. Everybody couldn’t play and he got man of the match in both games – I asked him what he eats in the morning. He couldn’t walk sometimes and then the first whistle went and he was unstoppable.”

There wasn’t time in the MNF discussion for Carragher to give his reasoning for Schmeichel.

But the Great Dane’s record for Manchester United – ten major trophies including five Premier League crowns in 398 appearances – speaks for itself. 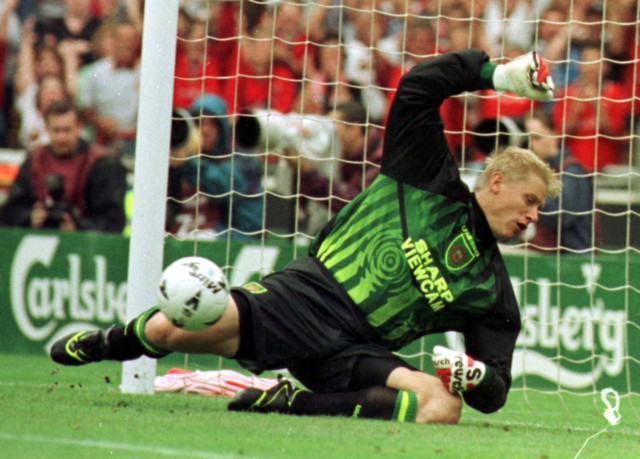 He is widely regarded as the best goalkeeper in Premier League history, possibly even in world football, and ensured Liverpool legend Carragher has three United players on his list of six.

Henry: “The amount of goals and assists, defending, going forward. People will call him Mr Chelsea with John Terry.

“He could dominate a game on its own. He won the Champions League and the Europa League, he won the whole lot with Chelsea.

“I remember playing against him with West Ham, the whole stadium was upset with him, and what he became. When you work hard, you get your reward. He is a great example.” 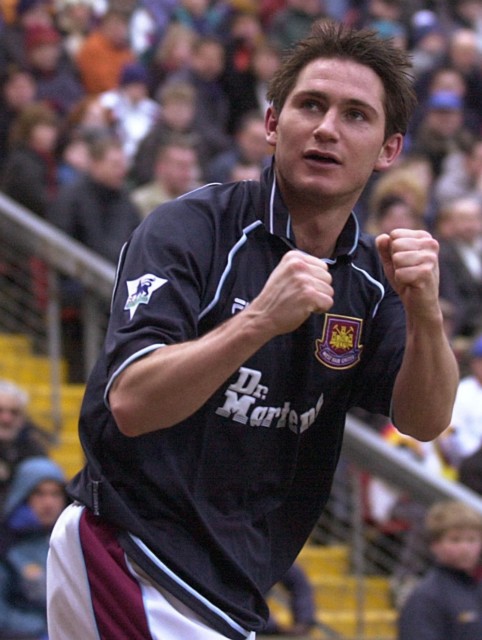 Two centre-forwards, both gifted with natural skill and talent who have written their names in Premier League history

We’re delighted to announce Alan Shearer and Thierry Henry as the first two inductees of the #PLHallOfFame pic.twitter.com/MAKgi3SYzV