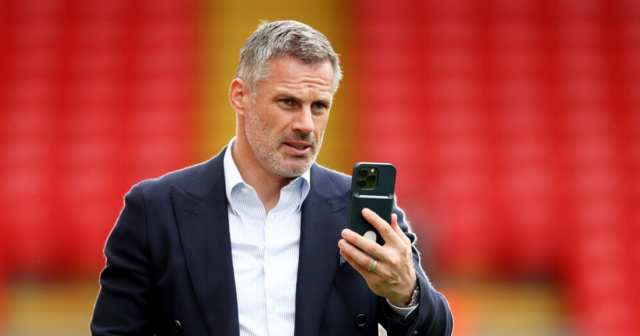 JAMIE CARRAGHER has had a right old ding-dong with Liam Gallagher after the Manchester City fan called him a “b**lend”.

Liverpool legend Carra looked back in anger at the singer’s tweet and told him the newly-crowned Premier League champions will “never win the Champions League”.

And he refused to Let It Be as he switched to Gallagher’s day job and claimed: “Oasis are s***e compared to the Beatles.”

Former Oasis frontman Gallagher, 49, and 44-year-old Carragher tasted delight and despair respectively after one of the greatest final days in Premier League history.

But that home victory apiece meant Gallagher’s heroes retained the title by a point. 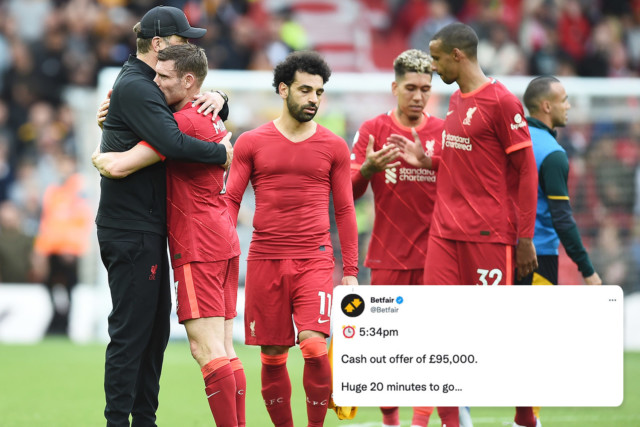 And the resulting fierce emotions spilled out onto Twitter.

Gleeful Gallagher didn’t have to ask what the story was as he posted: “What you saying carra you b**lend.”

He replied: “I’m saying you’ll never win the Champions league & Oasis are sh**e compared to the Beatles. That work??”

The exchange sparked a Supersonic-speed response on social media.

To which the Mancunian musician replied: “Ahhhhhhhhhhhhh.”

Even Specsavers chimed in with a painful dig at Carra and Galla: “Calm down, you’ve both got the same number of Premier League medals.”

And a spat broke out over whether ‘just’ winning the Prem is good enough for City – as Liverpool can complete a treble of cups if they beat Real Madrid in the Champions League final next Saturday.

In the City corner: “Man City have had a better season than Liverpool. premier league is greater than all other cups combined. only the best team actually win the league.”

Jabs back at that included: “One trophy for City (by one goal over a whole season) with all that money spent is a massive underachievement; Liverpool by contrast are having an amazing season & still have a CL final with a chance of a treble.”

Advertisement. Scroll to continue reading.
In this article:championsleague, jamiecarragher, premierleague