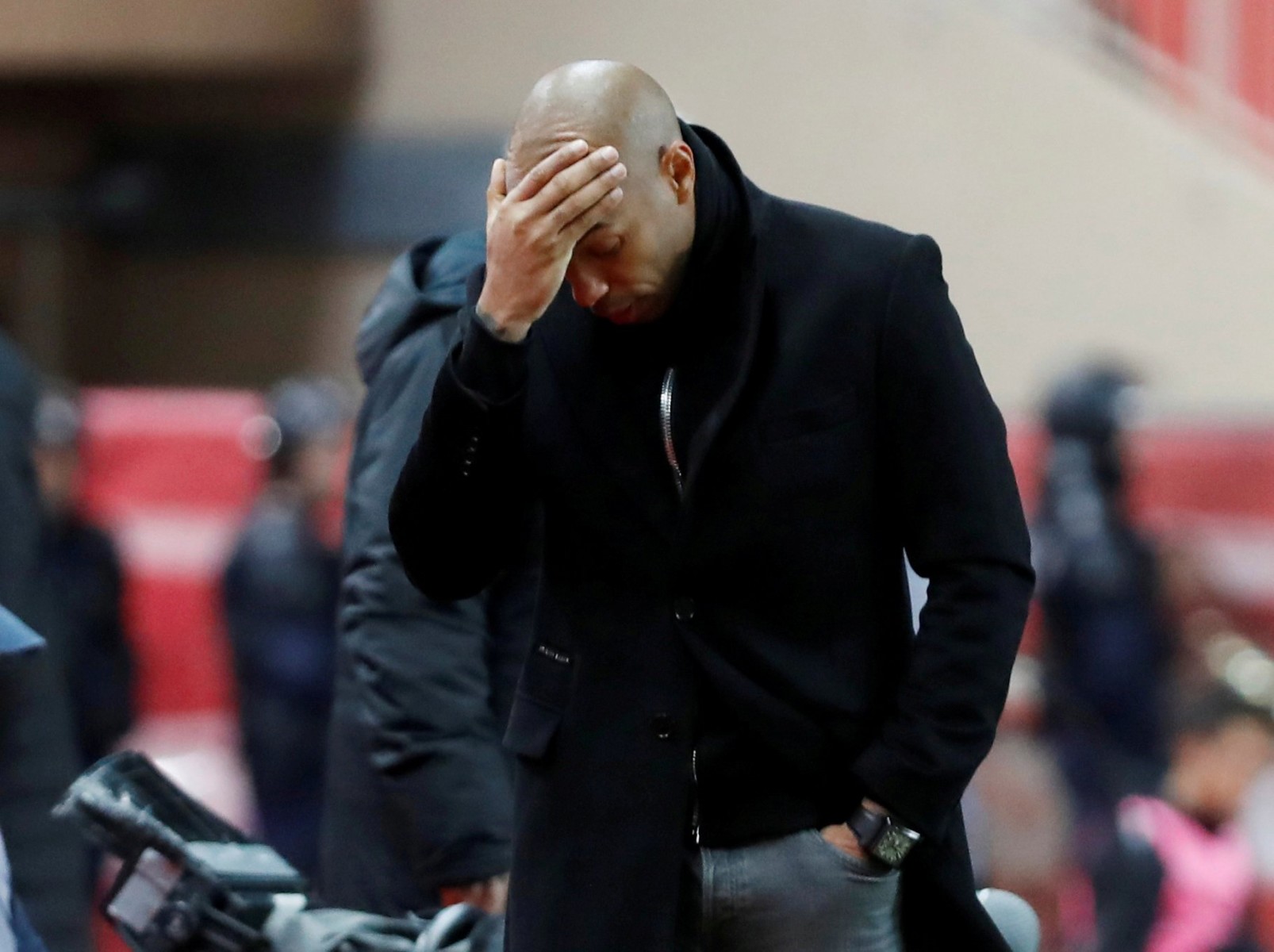 JAMIE CARRAGHER revealed Thierry Henry was visibly “embarrassed” after his spell in charge at Monaco ended in disaster.

The Arsenal legend, 42, left his role as Roberto Martinez’s assistant with the Belgian national team to take over at the Ligue 1 club in October 2018.

But just two months later, with four wins, five draws and 11 defeats from his 20 games in charge, he was sacked.

To make matters worse, Monaco turned back to Leonardo Jardim and replaced Henry with the man he had initially taken over from.

Speaking to Sky Sports’ Off Script podcast, Carragher said: “I could almost see the embarrassment on his face.

“He didn’t come back to Sky but he would pop into the studio now and again when we were doing Arsenal games.

“You could almost feel he was a little bit embarrassed with how it went at Monaco.

“He tried to tell you the reasons – whether they were reasons or excuses – that’s what people have to do as managers. It just eats them up.”

After ten months back out of the game, Henry took on his second job as a manager, this time at MLS side Montreal Impact.

The Frenchman spent five years Stateside, finishing his playing career with New York Red Bulls before his time as a pundit and an Arsenal academy coach.

So he has returned to a league he knows to reset himself but has only managed one win from his opening five games in charge.

But the idea of coaching does not appeal to Liverpool hero Carragher, who is enjoying his role with Sky Sports.

He added: “He’s now taken a job in the MLS – I think that’s started quite well and good luck to him.

“Why should Thierry Henry start at the top? It’s great that he’s starting in a league that he knows as well or having his second job there.

“I could almost imagine Thierry possible struggling to sleep with it on his mind constantly.

“‘I’ve got to right this wrong because of Monaco. Forget I’ve won the World Cup, forget what I’ve done with Arsenal, forget I’m the best Premier League player of all time.’

“I could almost see the embarrassment on his face”

Listen to the full Off Script with @GeoffShreeves

“Three months at Monaco has probably consumed him that much that it’s possibly forced him to go to the MLS, maybe move away from his family, all to prove that he can be a manager and wants to be a manager in the future.

“Sometimes I look at that and I’m just not prepared to let management take over my life.

“Football at times takes over my life but I think there’s a difference. Management can sometimes take over your life and it can be unhealthy.”