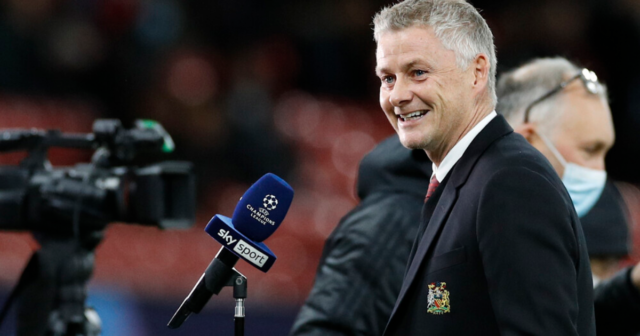 JAMIE CARRAGHER says Ole Gunnar Solskjaer was wrong to criticise some Manchester United fans after the Atalanta match as they helped to win the match.

The pundit claimed the United boss gave a “strange” post-match interview with Solskjaer calling on supporters to believe in his players.

The Norwegian noted the booing around Old Trafford when Atalanta went 2-0 up, and he suggested the United faithful know better than to get on the players’ backs.

In response, Carragher said on CBS: “I thought it was a strange interview.

“I think the little comment he made about the fans is a silly thing to say. The fans won them that game in the second half.

“It’s not just that game they’re on a really poor run of games – the performance they had at Leicester as well.

“When that ground is rocking it’s difficult to stop…and those supporters were as important as Cristiano Ronaldo.

“So I think it is a really silly thing to say about the supporters ‘they should know better’ when they played such a big part in winning the game.”

Carragher also believes the Old Trafford faithful will play a vital role if United are to beat Liverpool at the weekend.

As well as praising the atmosphere at the Theatre of Dreams, Carragher also pointed out the difference in quality between the two teams.

As a result, he argues that if United are to win the difference between the two teams could be the home support.

Solskajer has come under fire from some sections of the United fanbase in recent weeks – many called for him to be sacked after the 4-2 defeat to Leicester.

And despite beating Atalanta Peter Crouch also expressed another cause for concern after the match – the fact Solskjaer is not tough enough on his attacking players.