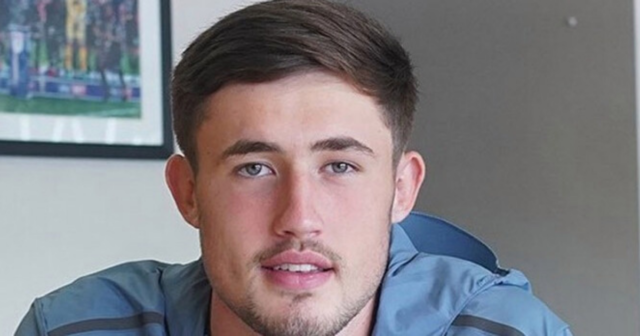 The defender, 18, joined the Latics four years ago from Liverpool and has gone from strength to strength.

Last season he captained the under-18s to the under-18 Professional Development League title.

He has been rewarded for his fine form but Wigan have not announced the length of his contract.

In response to his son signing the deal, Jamie Carragher tweeted: “Well done son, very proud of you.”

And his son told Wigan’s media team: “I’m very happy; I signed here when I was an Under 14 and I’ve loved it here. From the minute I walked through the door I have thrived and improved as a player, so I can’t wait to carry that on.

“Being the captain last year was a huge honour, especially with the success that we had – we had a brilliant group last season.

“A lot of us are continuing into the next age group, so hopefully we can continue to progress together now as we step up.”

Wigan were involved in a relegation battle in League One last season but four wins from their last seven games saw the team clinch safety.

Carragher will hope he can break into the first team this season, operating as centre-back like his father did.

Jamie Carragher shared his pride at his son’s achievement

Head of Academy Gregor Rioch said of the deal: “We are absolutely delighted to have James sign his first professional contract with Wigan Athletic, and happy to get it done before the start of the upcoming season.

“It’s a well-earned contract for James. He has done outstandingly well over the last four years in our Academy, and we are over the moon he is continuing his development at the Club.

“James is only going to get better, and we are delighted to have him continue his journey with us.”

Advertisement. Scroll to continue reading.
In this article:liverpool, wigan athletic