Jamie Vardy set to have name erased by hard-up non-league club Stocksbridge Park Steels, where he launched his career
Advertisement 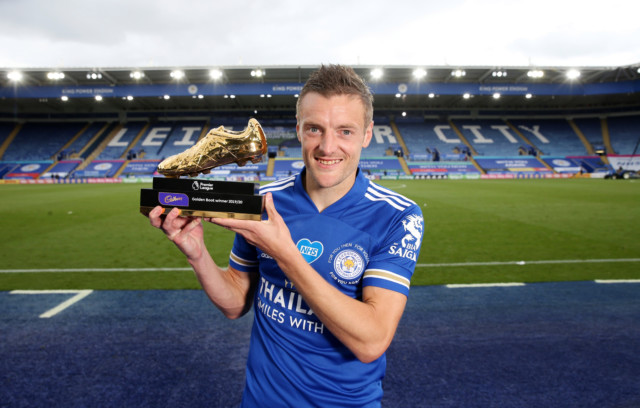 Leicester star Jamie Vardy is about to be booted out of the club that launched his career.

Hard-up Stocksbridge Park Steels plan to take the Premier League striker’s name off their main stand in a desperate bid to raise funds.

SunSport can reveal the Northern Premier League minnows are upset the multi-millionaire superstar has so far ignored their financial plight.

And the South Yorkshire club are now actively seeking a sponsor to replace the name of their most famous player to make ends meet. 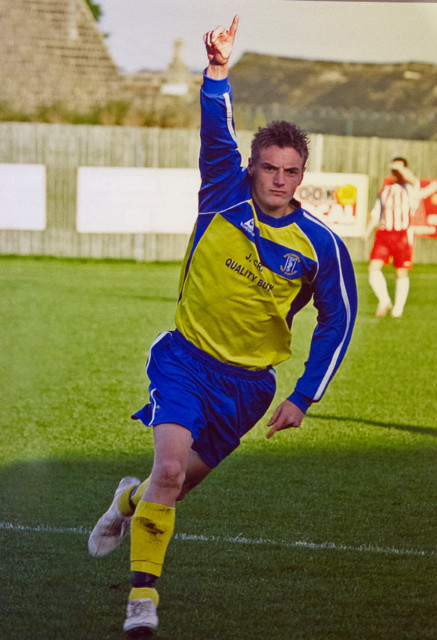 Park Steels chairman Graham Furness said: “If we can get a sponsor for the stand we will take his name off it – needs must, to be fair.

“At the moment we need to raise as much income as we can because since the pandemic started most of our income streams have stopped.

“We are looking at £16,000 sponsorship for two seasons and we’re talking to someone at the moment – but if Vardy wants to pay it to keep his name there he can.”

Ex-England star Vardy is the Foxes’ highest-paid player, believed to be on £140,000 per week and said to be worth £12million.

Yet Furness confessed he and other board members were a little hurt and surprised that the club’s prodigal son had not come to their rescue.

He said: “Jamie Vardy has gone off the radar a bit with his old connections, which is sad if I’m being honest.

“We haven’t asked for any help from Jamie but we are aware he knew about our plight but hasn’t done anything.

“When you think of the money he’s earned you would like to think he might do something to help.

“Harry Kane did something for Leyton Orient and you would like to think that would spur him on but obviously not.”

Vardy spent seven seasons at Bracken Moor Lane, scoring 66 goals in 107 league games after being released by Sheffield Wednesday at 16 for being too small.

Park Steels even stood by the player when, at 20, he was convicted for a criminal assault and had to wear an electronic tag on an ankle. 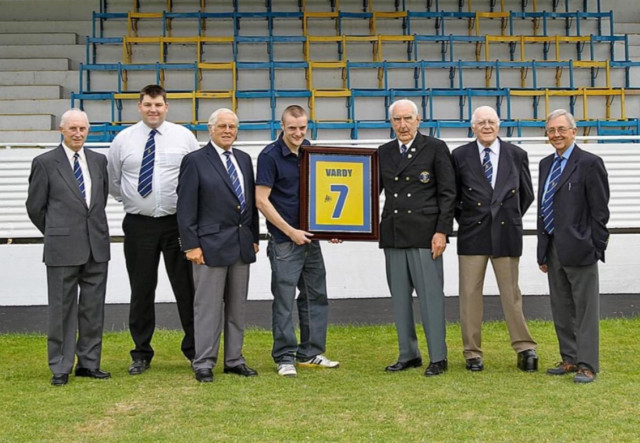 Vardy is a legend at the club where it all began

The striker was allowed to leave games early or be excused from playing in extra-time so that he could be home by the 6pm curfew.

Vardy’s 31 goals in 36 appearances not only helped Fleetwood win promotion to the Football League but it earned him a £1million transfer to Leicester.

Furness said: “Selling him to Halifax helped us out and we were thankful for the sell-on clause which we were more than happy with at the time.

“But lately we’ve had a horrendous couple of months just after lockdown because the tractor engine blew up and vandals broke into our training ground and broke the mobile goal.

“Then our sponsors decided not to renew their deals because of the uncertainty — and there was a real danger we wouldn’t be able to start the season at this level.” 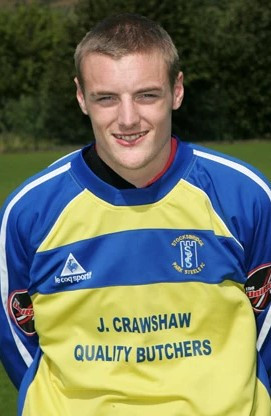 The club used crowdfunding to fix the tractor that trims the pitch and recently secured a new sponsor, Eco Power Environment, to safeguard their future until 2022.

Furness added: “I didn’t expect anything from Jamie and he’s not obliged to give anything.

“We’re not going to force the lad. If he donates, fantastic — if he doesn’t, people will make up their own minds about that.”

A spokesperson for Vardy said:  “Jamie is disappointed to hear these comments, especially as he has had no formal approach from anybody at Stocksbridge.

“Jamie is a huge supporter of non-league football and he has helped many players fulfil their dreams in the game through his V9 Academy, which he funds himself.

“Jamie will continue to champion non-league football and invest in helping players follow in his footsteps.”