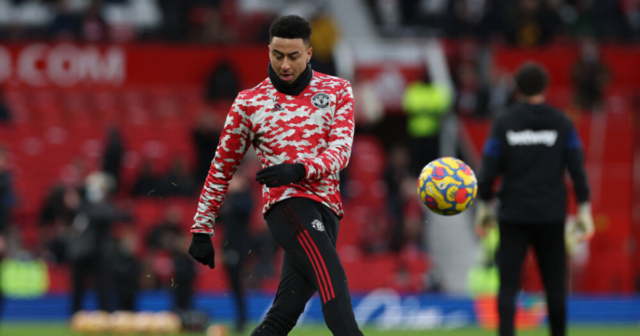 That’s the claim from The Guardian as the frustrated England midfielder struggles to land a deadline departure.

Lingard, 29 is said to feel ‘let down’ by such wrangling from United after his 21 years at Old Trafford.

Having thrived on loan at West Ham in the second half of last season, he was keen for another kickstart move.

Newcastle stepped into pole position ahead of the Hammers but even the Saudi-owned Toon are so far baulking at the sums required.

Lingard reportedly fears United are playing hardball after he declined to extend his contract beyond the summer.

It’s suggested the Red Devils want a £15m-plus package to let him move to third-bottom  Newcastle.

The Guardian say the Toon would have to cough up his full salary plus a £2.5m loan fee and an extra £12m if the Magpies stay up,

Lingard still had hopes of making England’s World Cup for Qatar in November.

And his main weapon could be a permanent switch in the summer.

Unsettled striker Anthony Martial beat Lingard to a move out of Old Trafford this week as Sevilla took on loan for the rest of the season.

The Frenchman, 24, hopes the deal becomes permanent in the summer.

But that might be a costly headache for the Spanish high-fliers, who are now paying all his £200,000- a-week salary.