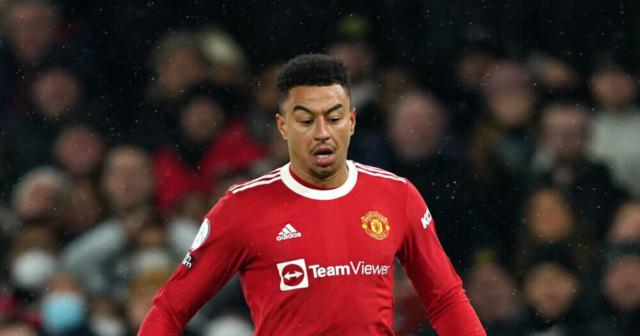 The England ace was confident a loan move to Newcastle was on the cards after talks with interim boss Ralf Rangnick on Tuesday.

However it later emerged there is still a big difference between the two clubs over the fee involved in the temporary deal.

It is believed United want a loan fee as well as a bonus if Eddie Howe’s strugglers remain in the Premier League.

And Newcastle were threatening to walk away from the table with Lyon midfielder Bruno Guimaraes now in their sights.

Lingard – currently enjoying a break in Dubai – had made up his mind to move to St James’ Park for the remainder of the season.

With his Old Trafford contract due to expire in the summer, the 29-year-old wants to keep his options for his long-term future open.

But the United hierarchy are keen to recoup some money on him now as they will lose him for nothing in the summer.

He now has to hope the two clubs can agree a compromise before Monday’s transfer deadline.

Meanwhile, Martial, who signed for United in 2015 in a £57.6million deal, hopes to stay at Sevilla on a permanent basis.

The loan agreement only runs until June and includes no option to sign him beyond then.

But he is hoping to score the goals to fire Julen Lopetegui’s men to the title and give himself every chance of staying.

United insisted the Spanish club must pay his £200,000- a-week wages for the remainder of the season.

The Red Devils’ next permanent manager will also have the final decision on Martial’s long-term future as his contract runs until 2024.

Interim Rangnick must now decide what to do with keeper Dean Henderson and Donny van de Beek, with Crystal Palace eyeing a loan move for the midfielder, before the window closes on Monday.