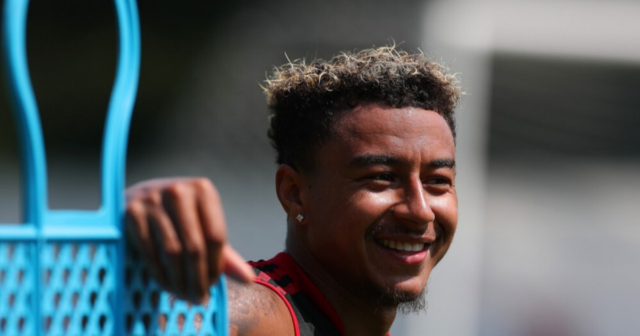 JESSE LINGARD’S hopes of reigniting his career at Manchester United could rest on Paul Pogba.

And unless the midfielder signs a new deal, he will be a free agent in May — leaving his current club seriously out of pocket.

If PSG put forward a serious proposal it will be a huge temptation — and if he goes it will enhance Lingard’s hopes of winning regular first-team football at Old Trafford.

Ole Gunnar Solakjaer would be forced into a midfield reshuffle and that could be good news for the England man.

Lingard, 28, impressed during a loan spell at West Ham and they would love to take him back, but United have shown no inclination to sell.

Several other clubs in the Premier League and around Europe are said to be watching Lingard’s situation closely.

Everton recently joined the hunt to sign the attacking midfielder, with Atletico Madrid registering their interest earlier this month.

But as yet United have shown no inclination to sell Lingard – even though he has just one year left on his existing deal.

He has been at Old Trafford since he was a lad and would still love a second chance to become a regular under Solskjaer.

Lingard has played 210 times for the Red Devils and scored the winner in the 2016 FA Cup final against Crystal Palace.

He resurrected his career on loan at the London Stadium last term, scoring nine goals in 16 games to earn a recall to the England squad.