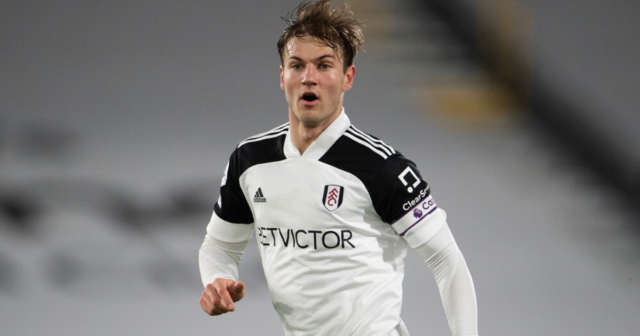 CRYSTAL PALACE are closing in on Joachim Andersen.

The Eagles look ready to strike a deal worth £19million – rising to a possible £23m with add-ons – for the Danish defender.

Andersen, who has also drawn interest from Tottenham, Chelsea, and Manchester United, is believed to have held extremely positive talks with new Palace boss Patrick Vieira.

The centre-back, 25, is set to agree a five-year contract with the South Londoners.

Vieira is looking to add to his defence following the departure of Patrick van Aanholt and failure to tie Gary Cahill down to a new deal.

Former England star Cahill, 35, was one of TEN Eagles stars out of contract this summer.

Palace have already acquired Chelsea man Marc Guehi and Andersen would be another stellar addition to their squad.

Andersen spent last season on loan from Lyon at Fulham.

He impressed at Craven Cottage despite relegation, being named the team’s captain after just four games.

Andersen came on as a second-half substitute in Denmark’s extra-time defeat to England in the Euros semi-finals.

SunSport previously reported that Palace hope to pull off a double swoop for Ozan Kabak and Conor Gallagher this week.

Palace are in talks with Turkish centre-half Kabak about a return to the Premier League after his loan spell at Liverpool from German side Schalke.

Chelsea midfielder Gallagher, 21, is due to be cleared to go out on loan, with Palace optimistic they can see off Newcastle and Leeds.