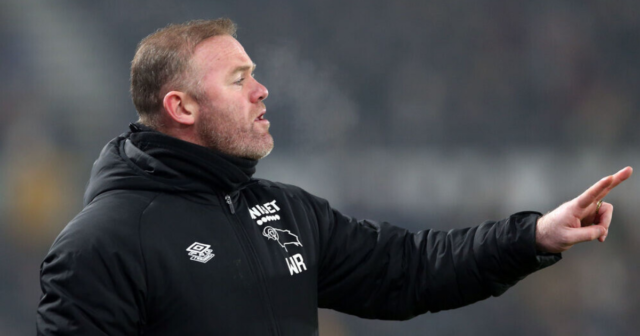 WAYNE ROONEY has been tipped to be the next Everton boss as doing an ‘out of this world’ job at Derby.

The Toffees are getting ready to sack under-fire Rafa Benitez with chiefs holding an emergency meeting after Saturday’s shock loss to Norwich.

Wayne Rooney, 36, has done enough at Derby to be considered for the Everton job, says Jamie RedknappDuncan Ferguson is expected to take over the job from Rafa Benitez on a temporary basis

That left Everton with just one win in their last eleven games, sliding from fourth in the Premier League to fifteenth.

Fans voiced their discontent during the 2-1 loss at Carrow Road and, with the writing seemingly on the wall for the former Liverpool boss, a return for hero Rooney has been a hot topic.

Rooney, 36, has impressed this season in charge of Championship crisis club Derby, in his first managerial role.

And Jamie Redknapp reckons the former England captain might be the man for the job at Goodison.

Speaking as a pundit on Sky Sports, Redknapp said: “People are talking about Wayne Rooney, the job he is doing at Derby is out of this world.

“The fact that he’s even got them in the position to stay up, this would be the greatest escape of all time.

“Whether he’s the right fit, I don’t know, but these are the options they will be looking at.”

Local lad Rooney started his senior professional career with the Toffees back in 2002, after playing for the youth team.

Writing himself into club folklore, he was youngest ever goal scorer for both Everton and the Premier League.

Going on to win the league five times and play nearly 400 games for Manchester United, Rooney returned to the blue side of Merseyside for a second stint at Goodison Park.

Entering a managerial career with Derby County, Rooney was appointed at the start of last year.

Despite a 21 point deduction this season, the Rams are only eight points from safety.

They would be in eleventh place if not for the deduction.

Meanwhile, Benitez is expected to be sacked as Everton owner Farhad Moshiri held an emergency board meeting on Saturday night.

This came after the Toffees lost to Norwich in a shock defeat with the Canaries scoring two early goals to mark the end for the Spanish gaffer. 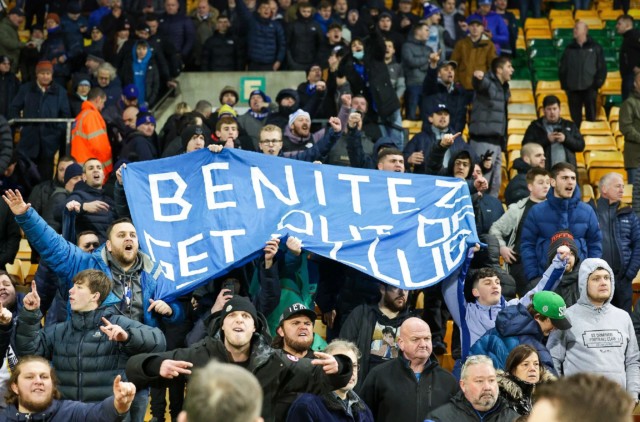 Did you miss our previous article…
https://www.sportingexcitement.com/football/premier-league/anthony-martial-refused-to-be-in-man-utd-squad-for-aston-villa-draw-reveals-ralf-rangnick-as-star-pushes-for-transfer