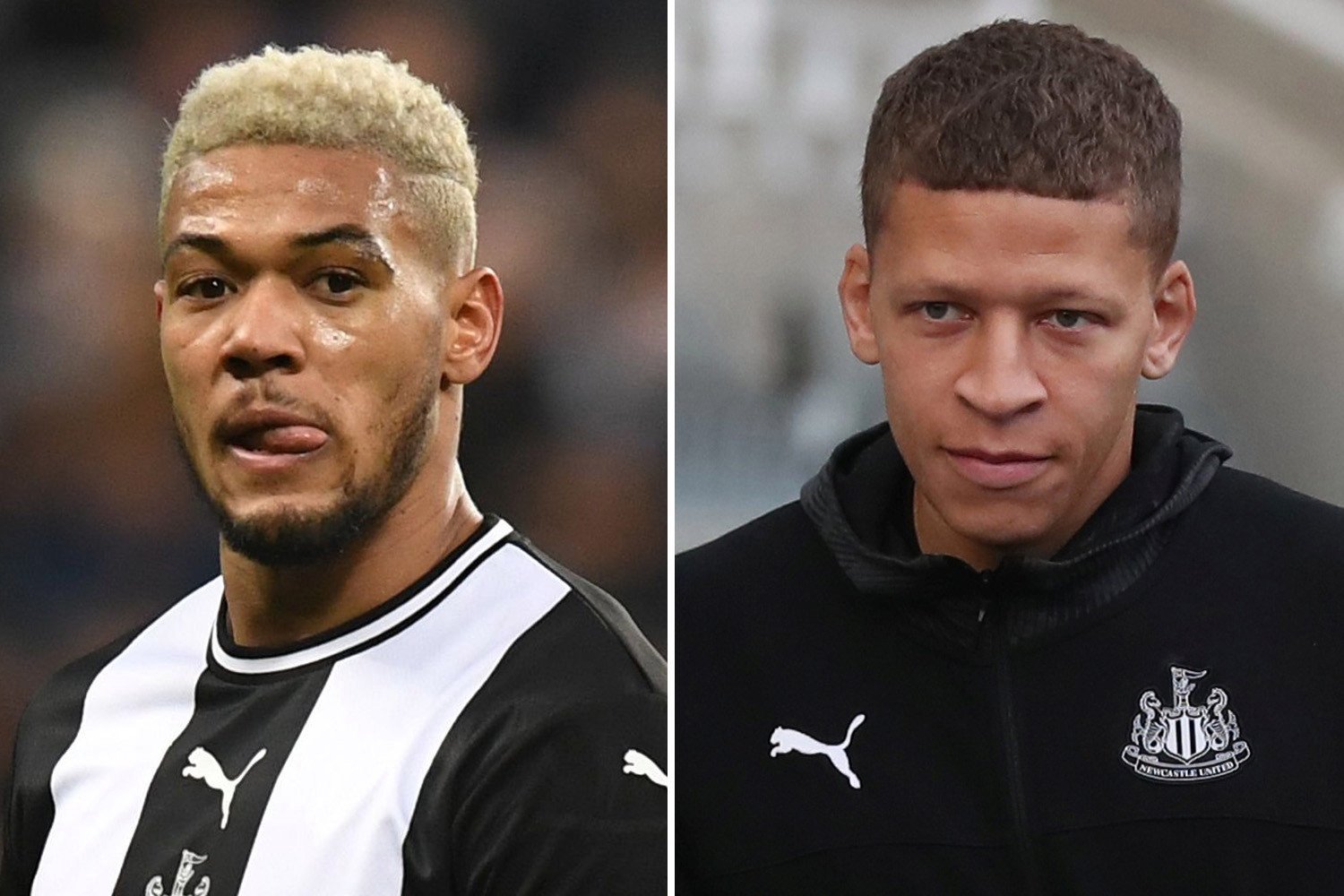 STEVE BRUCE is tempted to take Toon whipping boy Joelinton out of the firing line at Selhurst Park today.

The Brazilian striker has copped plenty of flak after just one league goal since a club-record 40million move from Hoffenheim in July.

Sundays 4-0 thumping at Arsenal made it 23 GAMES without netting.

And Newcastle boss Bruce was stunned to discover just three of Joelintons 47 touches were in the Gunners penalty box.

While the Tyneside flop, 23, has a slight thigh issue, he is expected to be fit for the trip to Crystal Palace.

But frustrated Bruce could be tempted to unleash fit-again Dwight Gayle against his former club instead.

This is despite the fact he has been crocked for six weeks with a hamstring problem.

Bruce admitted: Joelinton has to live with the criticism because he becomes the whipping boy.

Thats what a No9 up here has to deal with. You have to score more and hes acutely aware of it. Nobody likes to get criticised and its been a big learning curve for him.

He has to be a bit more selfish. The goalscorers I played with were all only interested in one thing scoring.

He just hasnt got that mentality. But Im convinced he ticked every box our scouts came across, otherwise they wouldnt have written a cheque for that amount of money.

Newcastle are screaming out for goals and defeat today would see the Magpies looking nervously over their shoulders at the bottom three.

And despite starting just two games this season, Bruce hopes 29-year-old Gayle will answer his prayers.

Bruce added: We havent really seen him but when we have, I have been particularly impressed with him.

Ive always been a big admirer and tried to buy him three times.

Ive always said I wanted to keep him because hed have a part to play.