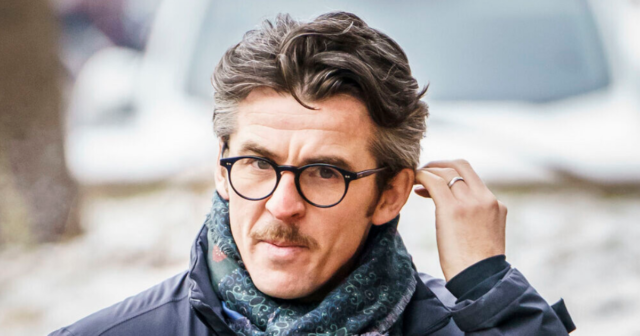 JOEY Barton has been found not guilty of attacking a rival manager after a match, leaving him bloodied and with a broken tooth.

The Bristol Rovers’ manager was cleared at Sheffield Crown Court of pushing then-Barnsley boss Daniel Stendel in the tunnel after a League One game in April, 2019.

Joey Barton has been found not guilty of assaulting a manager in the tunnel at the end of a matchBarton was cleared of assaulting Daniel Stendel, who was Barnsley manager at the time

Stendel told a jury he was walking down the tunnel when he was knocked over by a push from behind, causing him to hit his face on the metal structure.

The jury took under two hours to find Barton not guilty of one count of assault occasioning actual bodily harm following a week-long trial.

The ex-Premier League midfielder started his career with Manchester City in 2002 after going through their youth system and went on to make 150 appearances for the club.

He then moved to Newcastle United for £5.8million in July, 2007 before leaving for Queens Park Rangers in August, 2011.

The midfielder was then put on loan to French side Marseille during the 2012-13 season before making his way to Burnley for one season – helping promote them to the Premier League.

Barton made one appearance for England in 2007.