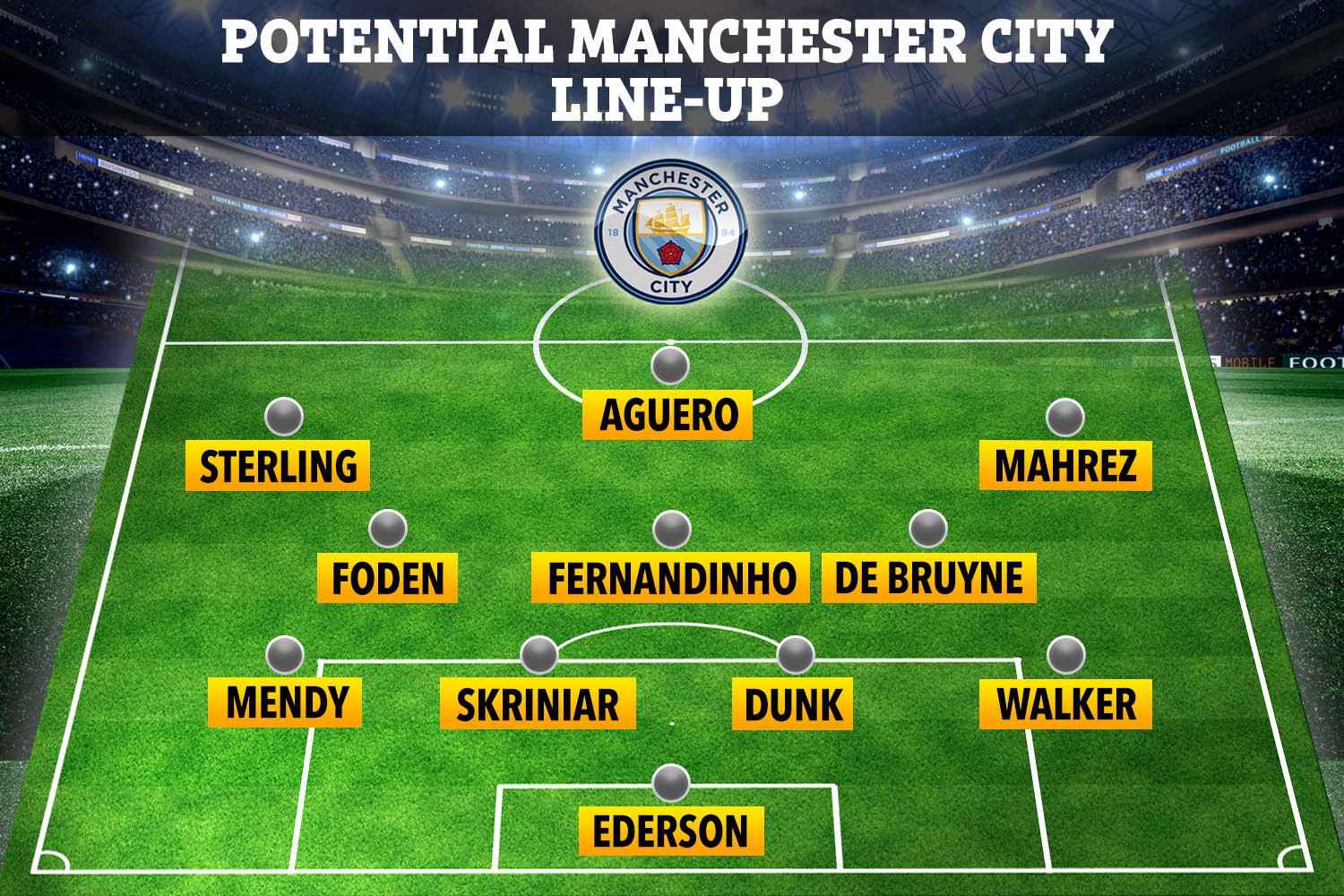 JOHN STONES’ Manchester City future is in doubt as Pep Guardiola looks to try and sign two new centre-backs in the summer, according to reports.

The former Barnsley and Everton defender, 25, joined City in August 2016 for 47.5million but has still failed to truly convince his manager that he is the real deal.

Influential captain Vincent Kompany left at the end of the last season and City have already conceded six more Premier League goals than in the entirety of the 2018/19 campaign.

And it is for that reason Guardiola is determined to bolster his defensive line.

According to The Times, Brighton’s Lewis Dunk is one target, while City are also monitoring Villarreal’s Pau Torres, Ruben Dias of Benfica and Inter Milan star Milan Skriniar.

However, it is expected that at least one – and probably two – centre-backs would leave to make space for the new recruits.

Aymeric Laporte is the No1 defender while Fernandinho recently penned a contract extension. Eric Garcia is highly-rated at the Etihad.

Laporte, Garcia and the two new signings would likely be rotated under Guardiola, allowing Fernandinho to return to his favoured holding midfield role – but that leaves Stones and Nicolas Otamendi at risk of facing the chop.

Both players still have two-and-a-half years left to run on their current contracts.

Manchester City lost 2-0 at Tottenham on Sunday – Laporte was unavailable and Pep opted for a centre-back pairing of Otamendi and Fernandinho with Garcia on the bench, leaving Stones out of the squad purely on selection.

When asked to explain his decision and whether it meant Garcia had overtaken Stones in the pecking order, Guardiola said: “No injury, I decided to bring Eric. Eric played so good when he played so I bring him.

“No, I move the team and the squad and try to keep everybody involved.”

Stones has started just ten Premier League games so far this season – missing a section with a thigh injury but regularly simply overlooked with Guardiola reportedly concerned about his application and ability to focus on the pitch.

He was linked with a move to Arsenal in the January transfer window in order to try and boost his game time ahead of Euro 2020 – but the Gunners signed Pablo Mari instead.

Speaking in January, Guardiola said of his England international defender: “He has the conditions to do it but to be the best central defender you have to play one entire season, every three days being there.

“It depends on him. Its in his hands and in his head to become one of the best.

“Its difficult to reach the potential that he has, he has to be at the level to play regularly. The last three-and-a-half seasons he couldnt do it.

“It’s difficult to know the reason why. Sometimes when you have a tough injury, for example like Aymeric Laporte this season, Ilkay Gundogan in the first season or Benjamin Mendy the first year he arrived, its unlucky.

“That can happen. But, in the case of John, I dont know. I dont know why hes not able, why were not able, for him to be a regular for a long, long period, because hes a young player. But hes still young. As a player, he has his future in front of him.”

Guardiola kept his players in the dressing room at White Hart Lane for 45 minutes following the defeat to discuss what was going wrong for the reigning Prem champs this season as they fell 22 points behind leaders Liverpool.

It was understood to be a productive open discussion and the Daily Mail report that Manchester City players told their manager to stop tinkering with the team.

City have not started consecutive matches with the same starting XI all season with Guardiola making 76 changes to the team already, more than any other manager.