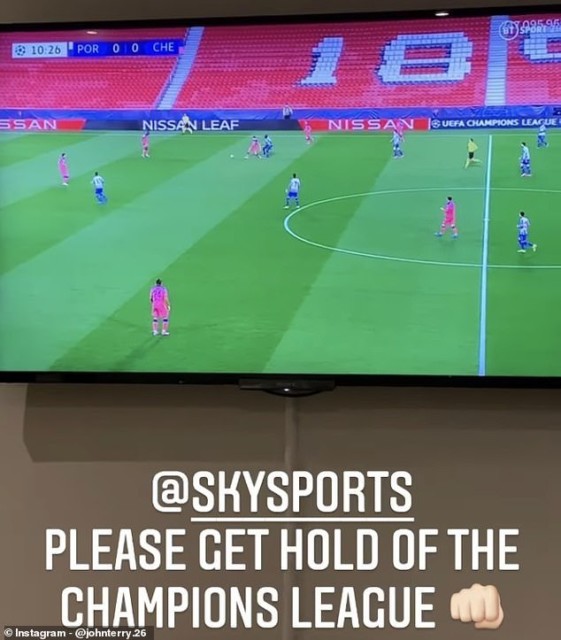 Sky shared rights with ITV until 2015, when BT shelled out around £1BILLION to snatch the world’s biggest club competition away.

But JT, 40, didn’t appear to enjoy their coverage of his former side’s clash with Porto on Wednesday night – which happened to feature former verbal sparring partner Robbie Savage on commentary.

Terry posted an image of the game on his telly to Instagram, captioned: “@SkySports please get hold of the Champions League“.

Savage, 46, was on commentary duty alongside Darren Fletcher, and has clashed with Terry in the past.

When JT endured a rough patch during the 2015-16 season, Savage ‘dug him out’, claiming that the Chelsea skipper had entered the ‘beginning of the end’ at Stamford Bridge.

Terry took exception to this at the time, hitting back: “I’ve come under criticism, individually, from certain players and individuals, players I’ve looked up to and played alongside.

“I’ve taken that on the chin: Rio, Carra, Neville, the very best I’ve come up against in the game.

“When players have not had a career, played at a really bad level in their career… Robbie Savage being one.

Terry has rarely seen eye to eye with Savage

“He’s dug me out a couple of times. You take it as a footballer, as an individual. I’ll take it from the Rios, Carraghers and Neville. All day long. From others? Nah”

Savage hit back: “John’s entitled to his opinion.

“It’s a shame he thinks 99 per cent of the industry – those of us who have not won the title or Champions League titles – is unqualified to express theirs.”

Terry is set to be disappointed, however, with BT Sport to remain the home of European football for at least another three seasons. 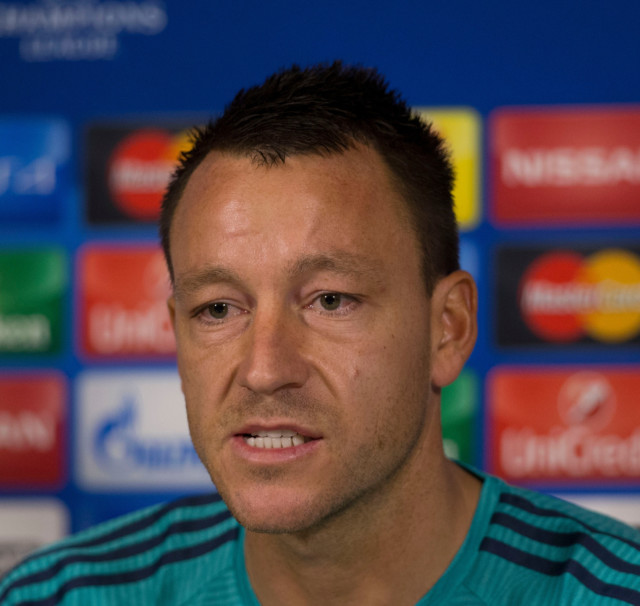