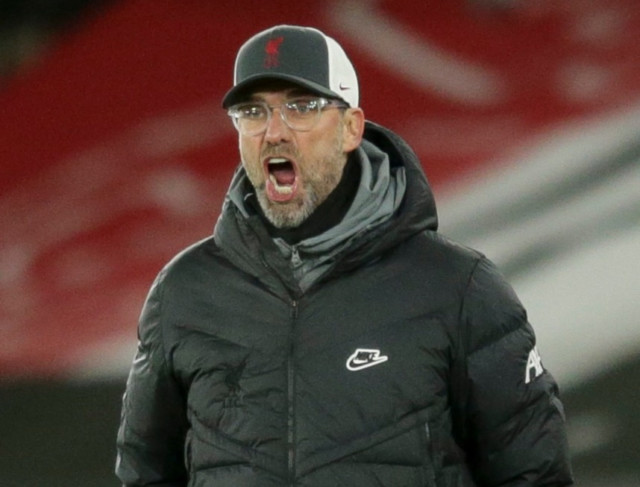 The Premier League champions put in an appalling display as they slipped to a 1-0 defeat at St Mary’s.

Danny Ings scored a second-minute lob before Saints parked the bus and desperately clung on to the win, leaving boss Ralph Hasenhuttl in tears.

Liverpool can consider themselves somewhat unlucky though after failing to be awarded a penalty on two separate occasions on the south coast.

Sadio Mane was sent crashing to the ground under a clumsy challenge from Kyle Walker-Peters, while Jack Stephens blocked a Georginio Wijnaldum shot with his arms in an unnatural position.

Despite a VAR review, the Reds failed to win a spot-kick.

The defeat means fierce rivals Man Utd can go ahead of Liverpool with a win or even a draw in their game in hand against Burnley on January 12.

The North-West duo then go head-to-head in a little under a fortnight in what could turn out to be a title six-pointer.

And Klopp kicked-off the war of words early after the Southampton loss.

The Kop chief roared: “Man Utd had more penalties in two years than me in five-and-a-half years… but no excuses for tonight.” 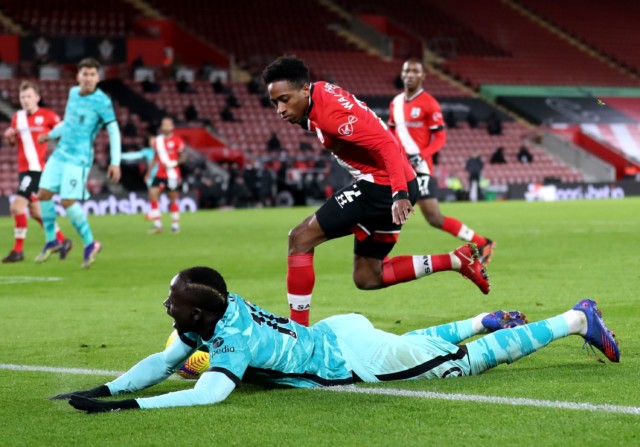 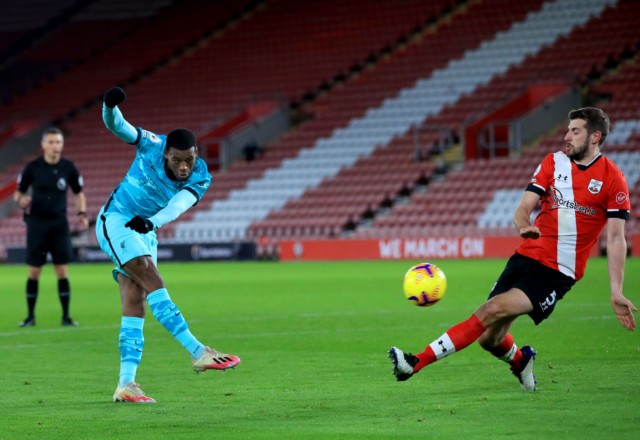 However, despite Klopp’s claim, Man Utd have NOT won more penalties under Ole Gunnar Solskjaer than Liverpool under the German.

Klopp took over at Anfield in October 2015, overseeing 199 Premier League games in that run.

The Reds have won 30 spot-kicks under the former Borussia Dortmund chief.

Solskjaer took over from Jose Mourinho at Old Trafford – initially on a temporary basis – in December 2018.

In a little over two years, the Norwegian has seen his side win 27 penalties in just 75 games.

While Klopp has won more spot-kicks, the Liverpool boss is right that his side earn them far less frequently.

Under the German, the Reds win 0.15 penalties per game, compared to United’s ridiculous rate of 0.36 per game – more than double their rivals’ total.

Did you miss our previous article…
https://www.sportingexcitement.com/football/premier-league/four-man-city-women-players-test-positive-for-coronavirus-after-trip-to-dubai