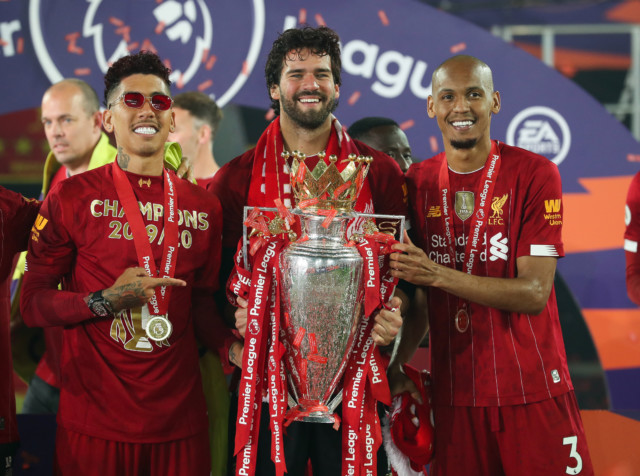 LIVERPOOL manager Jurgen Klopp has revealed some of his players will not be allowed to go on international duty if they need to quarantine upon their return.

A total of 33 countries – including major footballing nations such as Brazil, Argentina and Portugal – have been put on a red list by the UK Government which means those returning to Britain from those areas will have to quarantine for ten days.

And Klopp, who has Brazilian trio Roberto Firmino, Alisson and Fabinho in his squad along with Portuguese forward Diogo Jota, is clear about his position on those players remaining at home.

Speaking to The Mail, he said: “I think all the [Premier League] clubs with the same problems agree we cannot just let the boys just go and then sort the situation when they return with a 10-day quarantine in a hotel or whatever. That is just not possible.

“I understand the needs of the different FAs but this is a time when we cannot make everybody happy.

“We have to admit that the players are paid by the clubs so that means we have to be the first priority. That’s how it is.

“I get the need with the competitions coming up in the summer – I get it – but you cannot make everybody happy at the same time in this period of our lives.

“Everybody agrees, we cannot let the players just go and have them come back and stay in a quarantine for 10 days in a hotel. That is not how we can do it.”

Of the 20 Premier League teams, 16 of them have internationals from red list countries.

Other star names who could be forced to miss national team duty at the end of the month include Manchester United’s Bruno Fernandes, Everton’s James Rodriguez and Tottenham’s Lucas Moura.

Champions-elect Manchester City have seven players affected, while Wolves’ Portuguese contingent makes them the team with the most red listed players with ten.

Klopp’s Liverpool side face Arsenal and Aston Villa immediately after the international break as they look to secure a top four place for next season.

Did you miss our previous article…
https://www.sportingexcitement.com/2021/03/03/man-utd-midfielder-andreas-pereira-not-wanted-by-lazio-after-failing-to-impress-on-loan-in-21m-blow-to-transfer-plans/