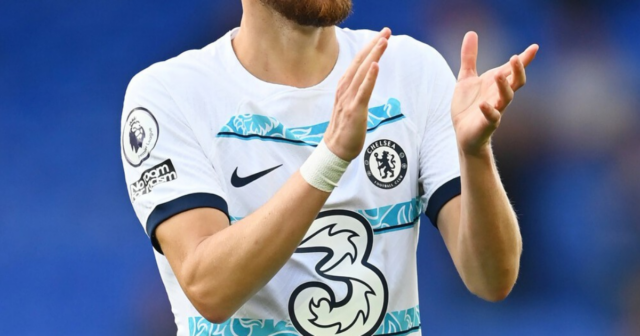 United have set their sights on Rabiot as they look to bolster their midfield department this season following the loss of Paul Pogba in July.

Barcelona star Frenkie de Jong was United’s first choice but he’s reportedly on the brink of sealing a switch to Chelsea for a sum of £67.6million.

De Jong’s reluctance to move to United, who had a deal in place with the Dutch ace’s agent, has led them to ramp up their interest in Rabiot.

The proceedings have progressed well thus far with the Red Devils agreeing a fee with Juve of up to £20m for Rabiot.

Although negotiations have hit a stumbling block due to Rabiot’s hefty wage demands.

Which is why the Red Devils sent club chief John Murtough to Turin in order to try and iron out any disparities between the parties.

But Murtough’s got his work cut out convincing Rabiot’s mother – and agent Veronique to accept less than the £8.5m she and her son are demanding.

However, Juve are already planning for life without Rabiot if Murtough’s successful.

The Serie A giants reckon Blues maestro Jorginho call fill the void left by Rabiot in the middle of the park, according to PA.

The Bianconeri feel optimistic that they can convince Chelsea to sell the Italy international.

Their cause will be helped if the Blues get the De Jong deal over the line.

Plus, Jorginho may be open to a move back home as he’s only got a year left on his Blues contract and is yet to pen a new deal.

And he fuelled speculation that his exit could be imminent last month when he gave an ambiguous response to a question regarding his Chelsea future.