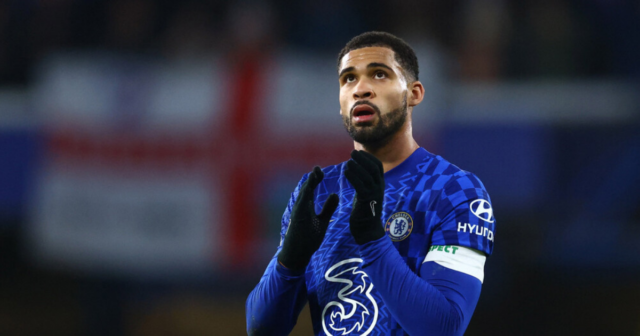 RUBEN LOFTUS-CHEEK could follow Ainsley Maitland-Niles and Axel Tuanzebe as the third Englishman to swap the Premier League for Serie A this month.

Reports suggest Juventus are keen on a move for Chelsea man Loftus-Cheek, to act as a replacement for Arthur.

Loftus-Cheek is a reported target for Juventus this monthJuve have identified Loftus-Cheek as a replacement for Arthur, who is linked with a move to Arsenal

Juve have identified Loftus-Cheek as a loan target, with the potential for a permanent deal further down the line, according to Sky in Italy.

The club want to bolster their options in general following a season-ending injury to star man Federico Chiesa.

And the 25-year-old Loftus-Cheek is the man on their wish list, who would primarily come in for the outgoing Arthur.

Juve are preparing for the departure of the Brazilian midfielder, as talks with Arsenal are understood to be at an ‘advanced’ stage.

Although it’s claimed the Italians would favour a permanent deal for Arthur this month, despite the proposed initial loan move.

Mikel Arteta is desperately short of midfield options with Thomas Partey and Mohamed Elneny away on AFCON duty.

Arsenal are targeting a signing in the middle of the park this month as a priority, with Arthur seemingly the man they want.

Juve are also said to be monitoring Bruno Guimaraes and Renato Sanches, as well as Loftus-Cheek, as possible signings.

Guimaraes, incidentally, has also been linked with Arsenal.

Although reports in Italy state a move for the Lyon man or Sanches is unlikely due to the high costs that would be involved.

Therefore Loftus-Cheek is left as a more attractive prospect.

But he is yet to nail himself down as a regular starter, and could look for another loan spell in order to get an extended run of games under his belt.

Loftus-Cheek spent last season on loan at Fulham, and also spent the 2017/18 campaign with Crystal Palace.

Did you miss our previous article…
https://www.sportingexcitement.com/football/premier-league/lucas-digne-aims-veiled-swipe-at-rafa-benitez-for-destroying-his-everton-love-affair-as-aston-villa-transfer-completed