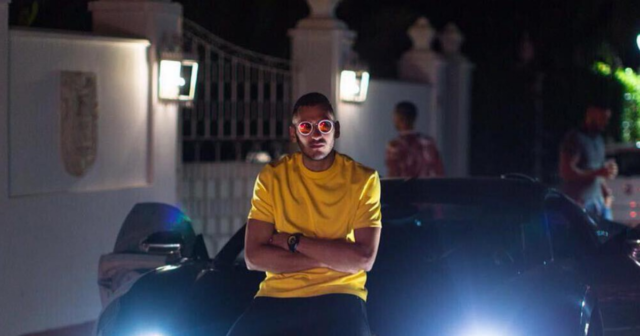 As one of the world’s leading forwards, Karim Benzema has made a packet out of the game.

So is it any wonder that he houses these sweet rides in his garage.

The Real Madrid star, who now has his sights set on Liverpool in the Champions League final, drives a car collection worth an estimated £6million.

Last year he added a £2.5 Bugatti Chiron to his fleet, and he also has a very rare Bugatti Veyron worth £1.5million, as well as a Ferrari 458 Spider and many more cool cars.

Benzema showed off his most recent cool whip – a £2.5million Bugatti Chiron – on Instagram.

The hypercar absolutely trounces the already brilliant Veyron in terms of performance.

It’s not just a hypercar, it’s a hyper hyper car. 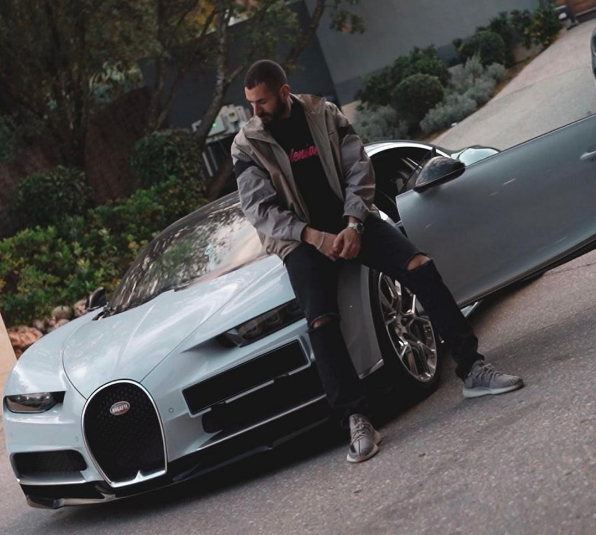 In 2017, Karim Benzema showed off his limited edition Mercedes Benz-SLR 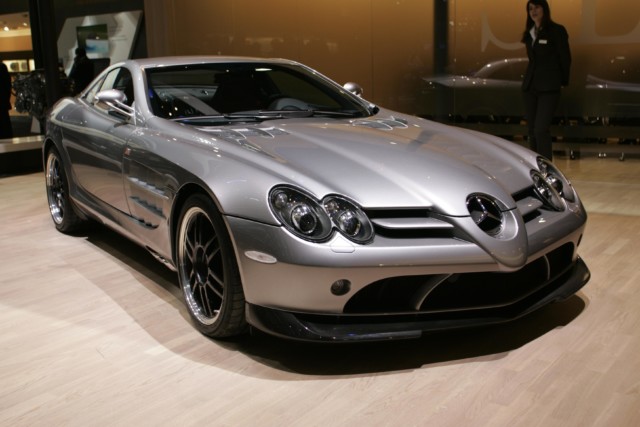 The Mercedes Benz-SLR goes from 0-60mph in only 3.5 seconds

Benzema’s Mercedes Benz-SLR sits pride and place in his garage, and so it should.

Worth around £750k, it’s the special Stirling Moss edition version which can go from 0-60mph in just 3.5 seconds.

Karim showed off the motor in 2017 on his social media, shortly after crashing his Audi RS6. 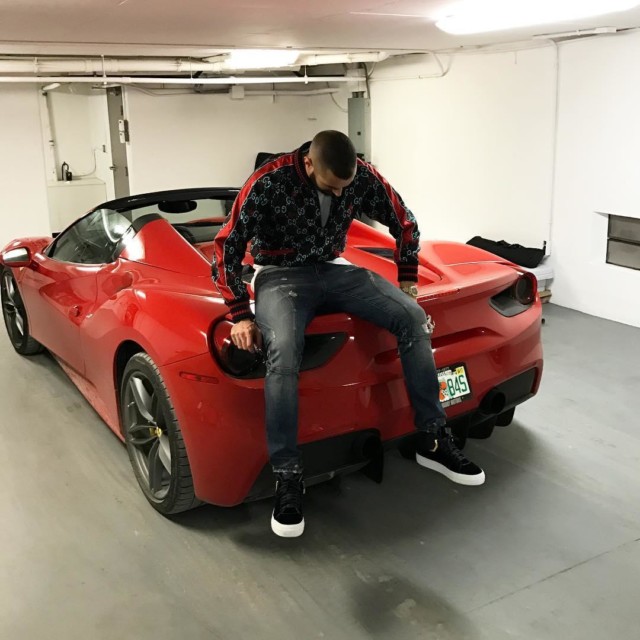 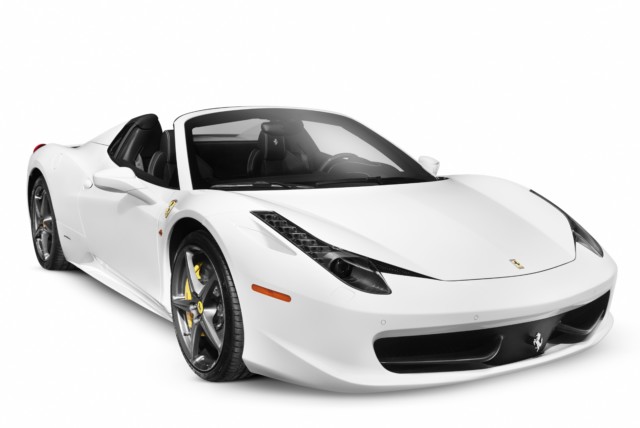 Footballers love Ferrari and Benzema is no different.

He’s been seen regularly darting around the streets of Madrid in a class Ferrari 458 Spider, which has a value of around £200k. 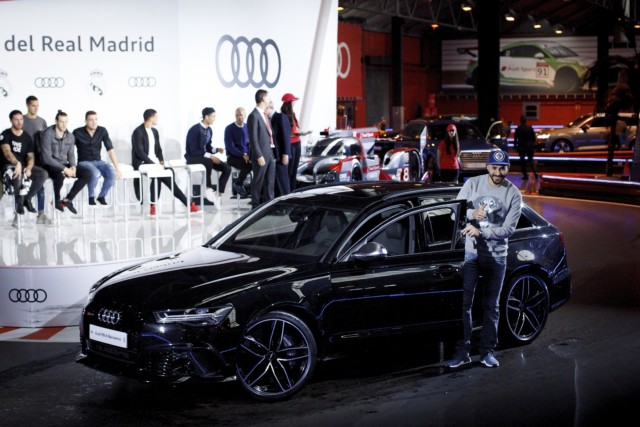 As part of Real Madrid’s sponsorship deal with Audi, Karim Benzema can get his hands on any of their cars he wants 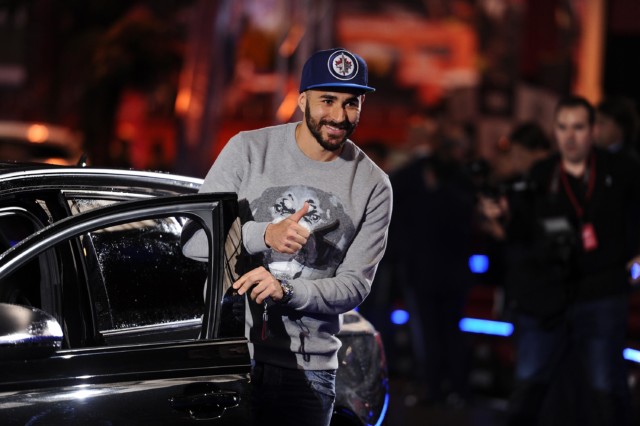 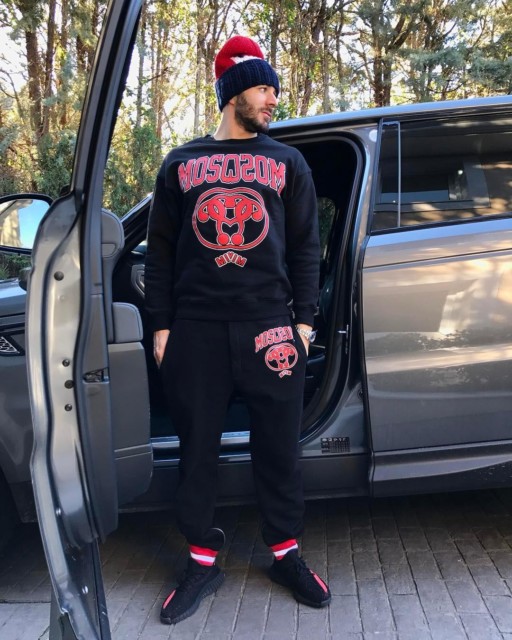 Corporate sponsorship is a wonderful thing for a footballer.

Especially if you play for Real Madrid and Audi want a piece of you.

Thanks to their marketing geniuses, Benzema has been seen in two of their cars – their RS6 Avant C7 model worth around £90k.

As well as their standard SUV, the Q5, that retails for a modest £40k. 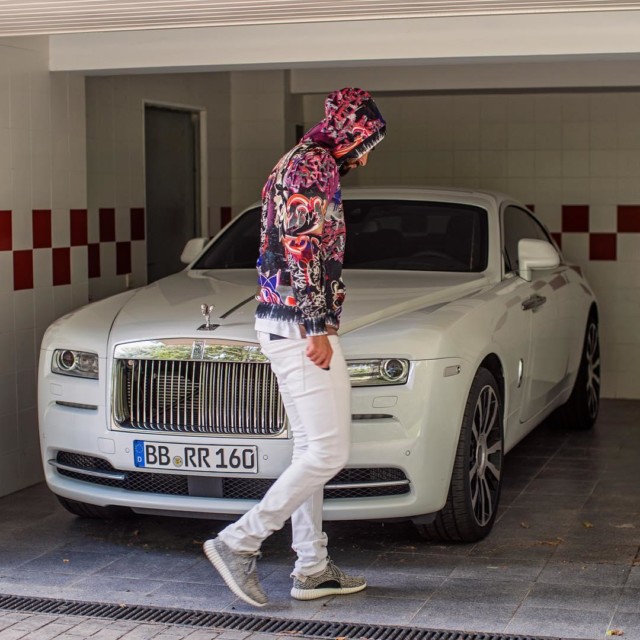 A Rolls Royce Wraith worth £250,000 sits pride and place in Karim Benzema’s garage 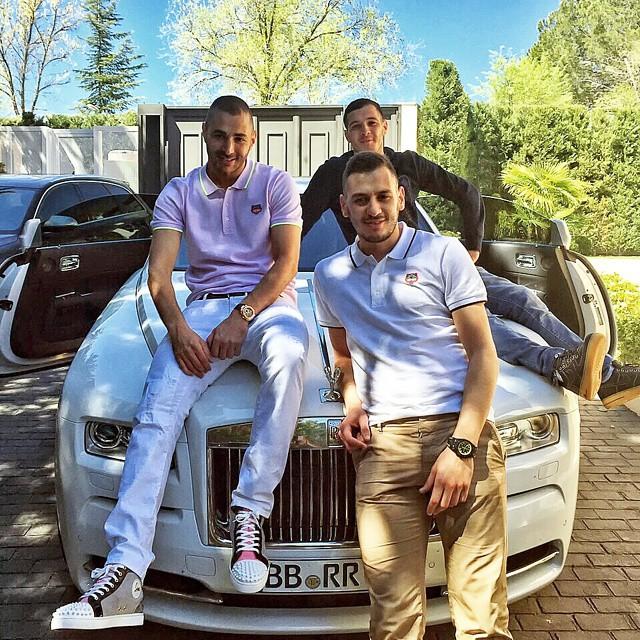 After all, you wouldn’t be a real millionaire without one, right?

Benzema has the Wraith model, estimated at £250k, sitting pride of place in his Madrid mansion.

He’s posted moody shots on social media of the beauty, which he hardly seems to drive.

But he has parked his backside firmly on the car’s bonnet, which is surely sacrilegious. 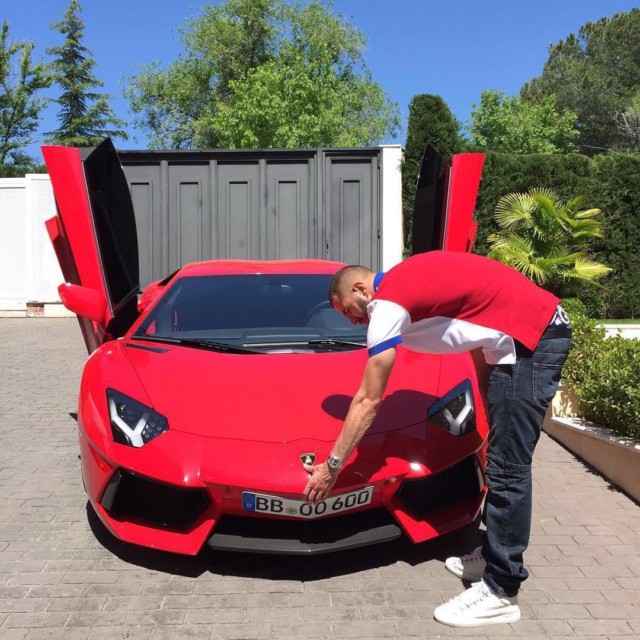 The Lamborghini Gallardo is a firm favourite with footballers, including Karim Benzema 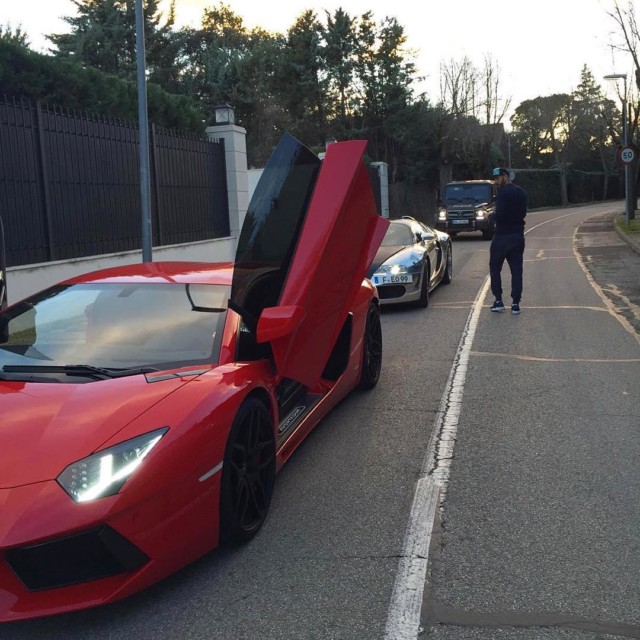 Able to reach a top speed of 202mph, Karim Benzema loves cruising around in his Lamborghini 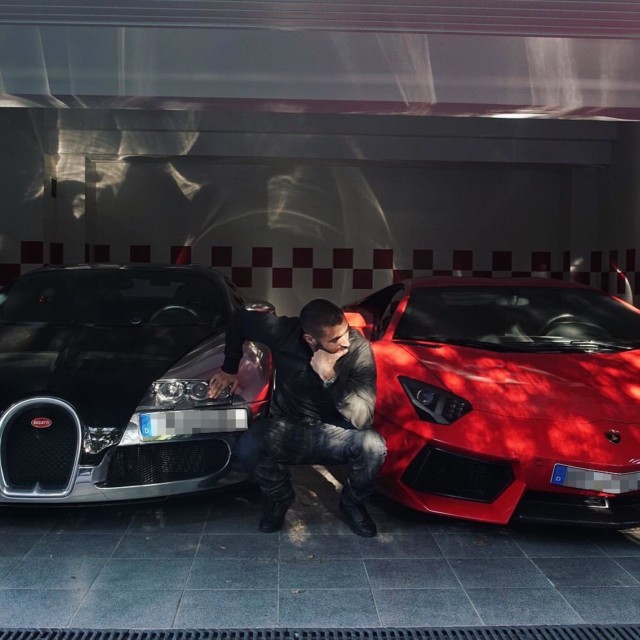 Popping down to the shops in a red Lamborghini will get you noticed.

And if it’s a super-speedy Gallardo model, you’ll be sure that Benzema is in and out of the supermercado in minutes.

Wayne Rooney once had one, as did Robinho when he was at Manchester City.

It can reach a top speed of 202mph and is Italian craftmanship at its finest.

And the Sunday car… 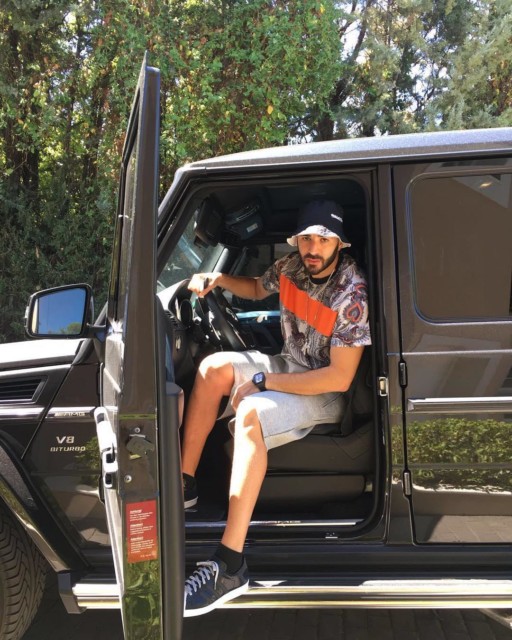 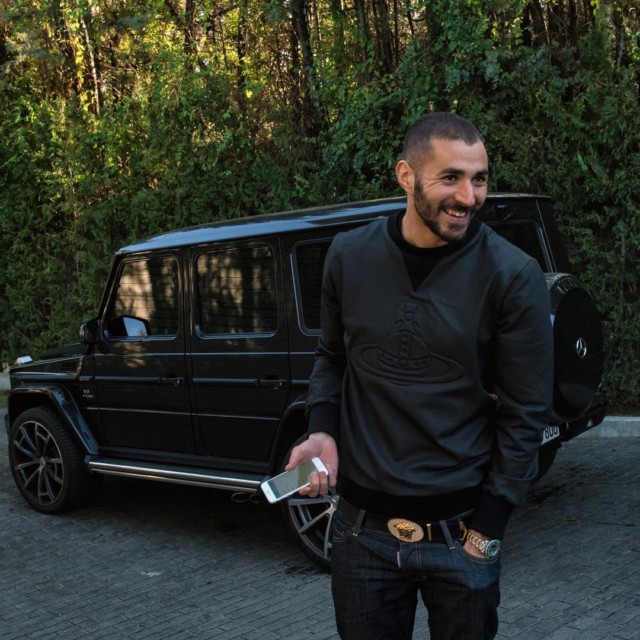 Often nicknamed the G-Wagen, it’s a comfortable ride that’s been described as one of the best SUVs in the world by motor experts.

It certainly tickles Karim’s fancy, who added it to his car collection in 2017. 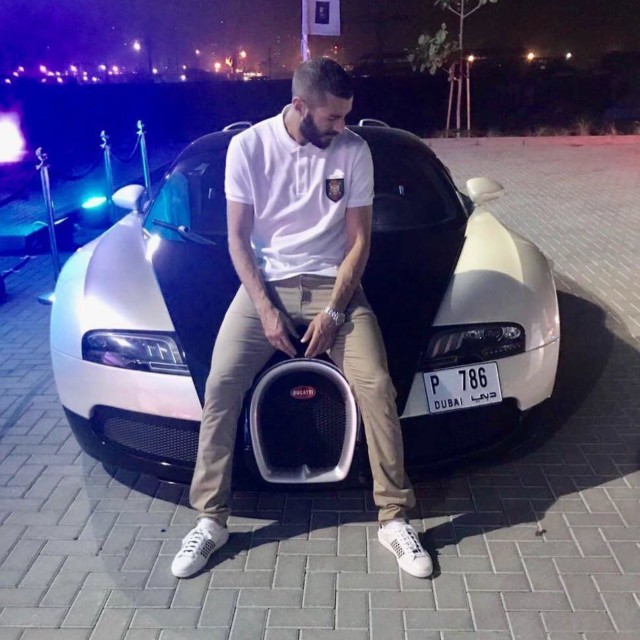 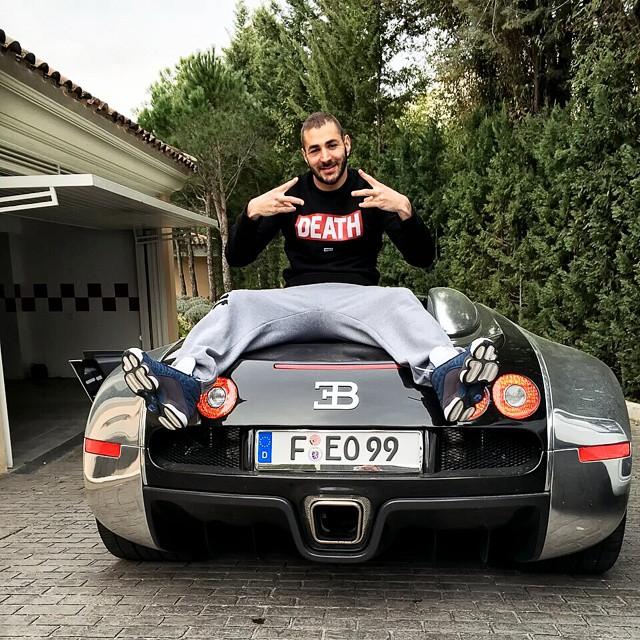 Karim Benzema’s astonishing Bugatti Veyron is worth around £1.5 million 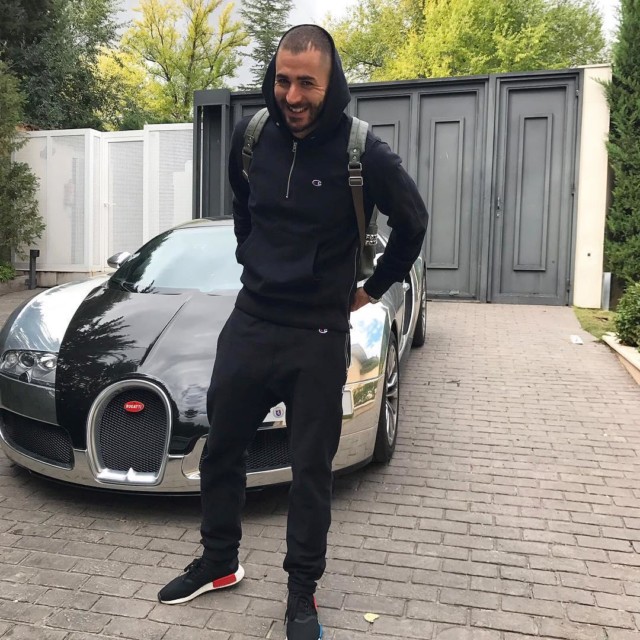 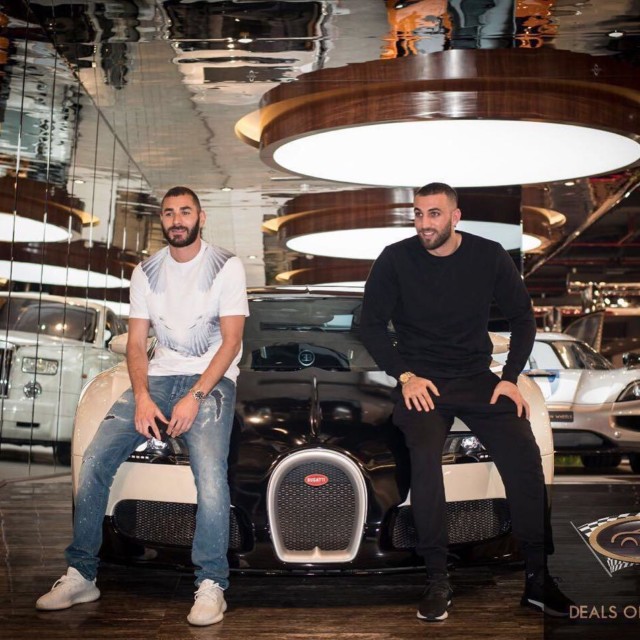 Benzema’s Bugatti Veyron can reach a top speed of 267.86mph 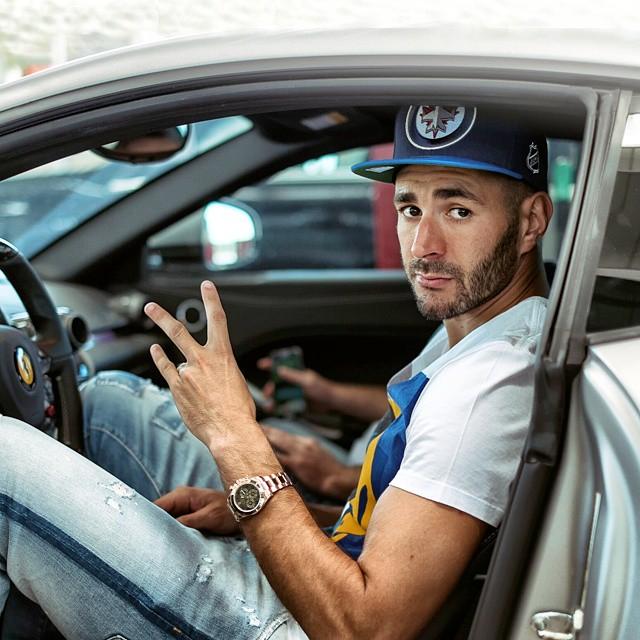 Big-spender Karim Benzema drives a car collection worth around £6million 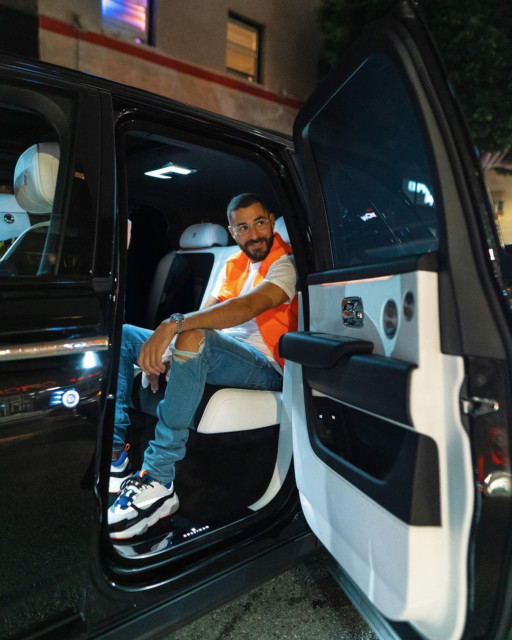 What will Benzema drive next?

His first Bugatti purchase was the ridiculously super Bugatti Veyron.

Worth £1.5 million, and one of those cars that’s a collectors’ item that grows in price, Benzema clearly loves the stylish supercar.

It’s the fastest roadworthy car in existence, able to hit a top speed of 267.86mph. Only 450 were ever made.