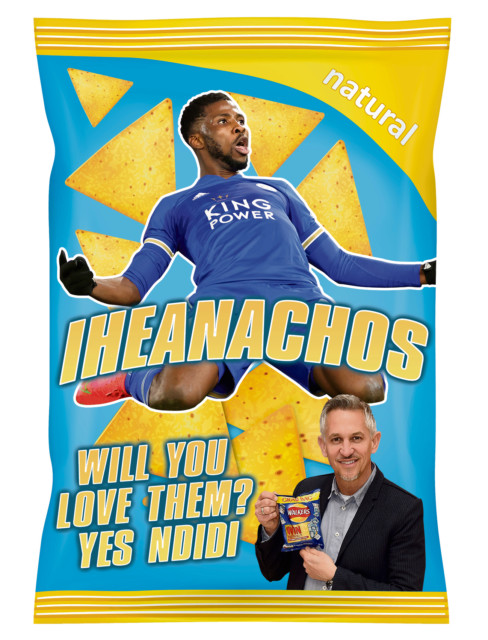 KELECHI IHEANACHO looks set to make a packet after firing Leicester into the last four of the FA Cup.

The Nigerian striker wrote himself into Foxes folklore with his brilliant brace in their 3-1  win against Manchester United last month.

And now his name will go down in CRISPORY as Leicester-based snacks giant Walkers are to mark their first semi-final for 39 years by launching a new range of tortilla chips called IheaNACHOS.

They will be in shops before Brendan Rodgers’ men play Southampton at  Wembley on April 18, for the right to face Chelsea or Manchester City in the final.

Leicester and England legend Gary  Lineker will star in a £1million TV advert­ising campaign, which will also reference another of the current City heroes.

The Match of the Day host is screened sitting naked in a bath of crisps, eating the IheaNACHOS from the FA Cup before he looks into the camera and says the slogan: “Will you love ’em? Yes Ndidi!”

Lineker also has a quip at opponents Saints and their manager Hasenhuttl by saying: “They melt in your Ralph.”

And in another dig at Southampton,  IheaNACHOS multi-packs will contain NINE bags — referring to Leicester’s 9-0 win over the Saints in October 2019.

A sauce close to Iheanacho said he is delighted to dip into the tortilla market.

Walkers spokesman Freddie Salted said: “We are still proud to support Leicester and are proud to commemorate the club’s FA Cup run with our fantastic new brand. 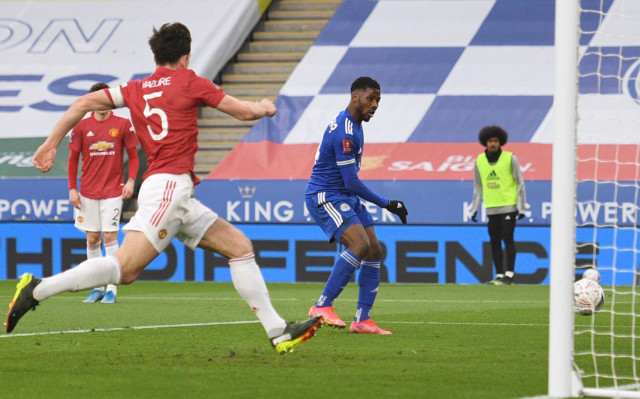 “Just like Kelechi, we are confident that IheaNACHOS will go down well — not only with Foxes fans, but football supporters all over the country.

“We, of course, will be cheering on Brendan’s boys and hoping they can reach the final.

“And if they do, we will then have all our experts  get cracking with developing a champagne flavour.”