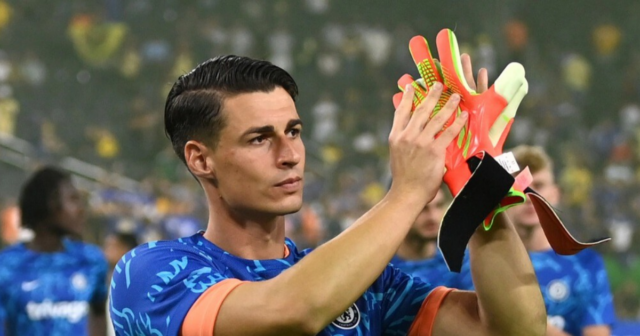 According to Marca, the Partenopei have made contact with the Blues about a possible deal that would see Kepa, 27, playing in Naples next season.

Napoli are interested in signing Kepa Arrizabalaga on loan from Chelsea

The Spanish goalkeeper joined the West Londoners in 2018 following a then club record £71.6million fee from Athletic Bilbao.

However, the 27-year-old fell out of favour following a string of erroneous performances between the sticks.

Thus, the Spain international became Edouard Mendy’s understudy ever since the Senegalese shot stopper’s arrival in 2020.

Kepa has since had to settle for the bench and a few cup appearances.

But the Basque ace could be bound for a career lifeline at Napoli, who recently lost David Ospina to Al Nassr.

The young keeper could be keen for a change as he has previously insisted that his “clear goal” is to play.

Kepa recently said: “I’m at Chelsea and I want to succeed here.

“And if that’s not possible, we’ll analyse other different things, because my clear goal is to play.

“I’m not desperate. In the end, I’m in a great club… I’ll talk to the coach and we’ll decide, but with the clear message that I want to play more.”

If Kepa joins Napoli then he will still face competition for the No1 spot against Alex Meret.