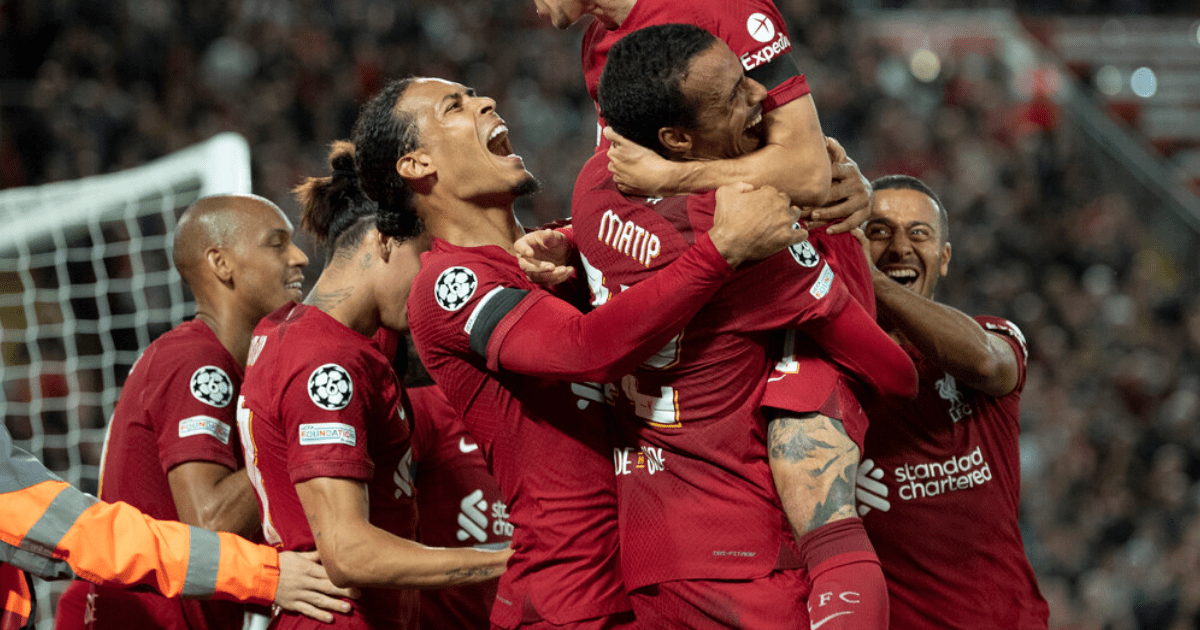 WILL the real Liverpool please stand up?

Jurgen Klopp’s side looked a shadow of their former selves against Napoli last week.

Luciano Spalletti’s men ripped the Reds to shreds in Naples and could have inflicted even more damage had they not essentially declared when 4-0 up just after half-time.

Due to the Premier League postponements, the FA Cup holders were gifted some unexpected time to regroup and they responded to their Neapolitan ‘horror show’ with a performance against Ajax more befitting of Klopp’s tenure.

Granted, the hosts needed an 89th-minute winner from Joel Matip (£4.6m) to bag the three points at Anfield but it was no less than they deserved having peppered the Dutch side with 24 shots – the visitors mustered just three attempts in response.

Evidently, the return of Thiago Alcantara (£2.4m) improved the functionality of Liverpool’s midfield significantly as the Spain international dictated the game in a stylish manner.

But Kostas Tsimikas (£3m) also deserves to be singled out for praise.

Truth be told, the Greek left-back has been a greater threat going forward than Andy Robertson (£4.6m) this season.

With Scotland’s captain sidelined through injury, Tsimikas started against Ajax and it was his late corner that Matip nodded over the line for the winner.

The 26-year-old has now registered three assists in just 221 minutes of action in all competitions this season.

For comparison, Robertson has two assists to his name while Trent Alexander-Arnold (£5.7m) is yet to get off the mark, though he has scored a goal of his own.

Tsimikas is averaging an assist every 74 minutes this season

Tsimikas’ efforts are reflected in the Dream Team rankings.

With 23 points to his name he’s currently Liverpool’s best defender and yet his ownership of 0.7% makes him the least-popular asset among his immediate peers.

Even the crocked Ibrahima Konate (£4m) appears in more teams!

Despite his wobbling form, Robertson remains first-choice left-back at Anfield and he’s likely to resume starting duties when he regains fitness after the international break but Dream Team gaffers would do well to monitor this situation.

Tsimikas is the joint-eighth best defender overall which is remarkable given he’s started just two games.

You can bet your life Klopp would have noted his attacking contributions in recent weeks.

Whatever you do, don’t make a rash decision on Liverpool assets ahead of Game Week 7 as they won’t be active – their visit to Stamford Bridge on Sunday has been postponed.

You’ve got the whole international break to decide whether or not you believe the Reds have truly refocused.

Did you miss our previous article…
https://www.sportingexcitement.com/football/premier-league/chelsea-set-to-be-joined-by-man-city-in-january-transfer-move-for-rafael-leao-after-ac-milan-rejected-summer-approach/

Advertisement. Scroll to continue reading.
In this article:dreamteam, liverpool, thisseason