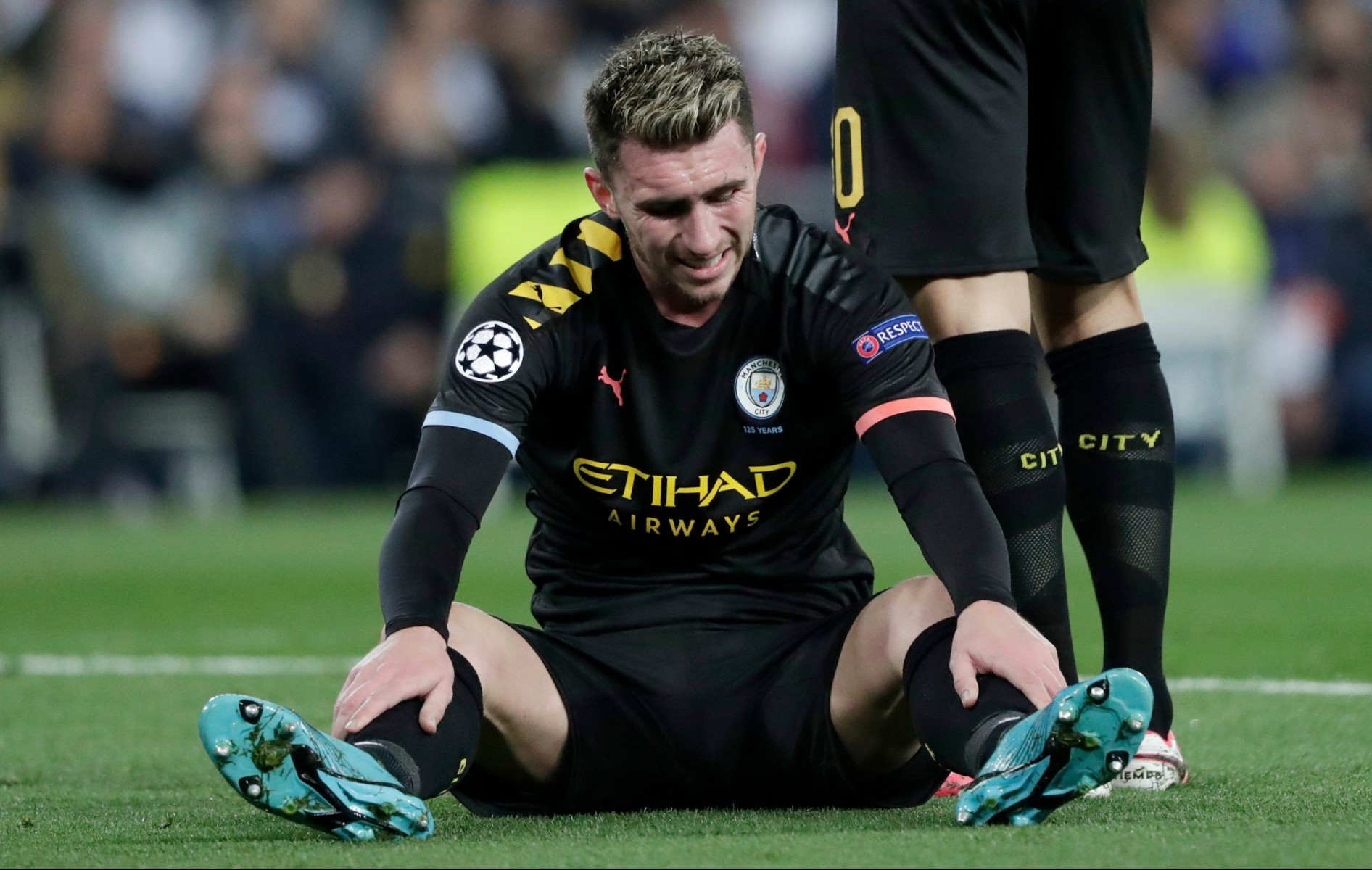 AYMERIC LAPORTE fears his injury will keep him out of Sundays Carabao Cup final and the Champions League return leg with Real Madrid.

The Manchester City defender hobbled out of Wednesdays 2-1 Bernabeu win.

Medics were doing tests yesterday but sources close to the player fear it is a hamstring issue, which is likely to mean a few weeks on the sidelines.

Laportes half hour against Real was just his fourth appearance since recovering from a serious knee injury.

Laporte was subbed after less than an hour of the 1-0 victory at Leicester on Saturday.

He appeared to be holding the back of his leg as he walked off sparking concerns of a hamstring problem.

City boss Pep Guardiola insisted afterwards there was no worry then started Laporte, 25, at Real.

But it did not work out as planned as he was forced off the field on 33 minutes.

Since the Frenchmans comeback, City have not conceded a goal while he has been on the pitch.

And Pep will know that is no coincidence as he makes plans for a crucial run of fixtures.

Then it is Old Trafford to face rivals United before Reals Etihad visit for the Champions League last-16 second leg.

But the latter two did not even make the 18 in Madrid and the form of the England man has been a big concern.

Guardiola said after the game: Aymeric is injured. Hes had four or five months out and it can be a problem when you come back.

He came back for this demanding game and we wanted him to be fit until the end. But we have other players who can get us through.

Meanwhile midfielder Rodri believes City showed their steel with the stunning manner of their fightback in the Bernabeu.

*Guardiolas men have failed to win after going behind on six occasions in what has been a tough season. *
*But there was no doubting their character as they stormed back from going behind to Iscos opener to claim a famous victory.

Rodri said: Given the way the game was it is a very good result for us.

“We showed strength when things went badly and thats what we have lacked this season.

It was a game from which you can take a lot of conclusions. We never let the game slip away from us.

We managed to do something that we have lacked all season which is hold on in the bad moments, have personality, demonstrate that and not lose our shape or control.

They went 1-0 up and we didnt let the game pass us by.