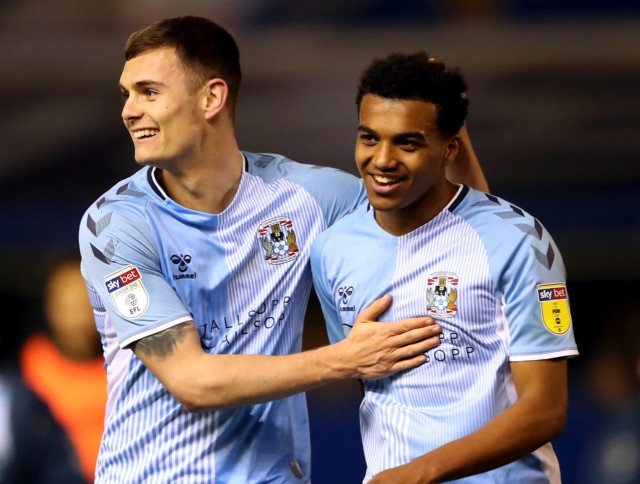 COVENTRY CITY have been crowned League One champions after clubs voted to end the season on Tuesday.

Coventry were five points clear at the top of the table with a game spare before cornavirus halted their campaign.

And they will now be playing Championship football next term after fellow League One sides rejected the chance to return to the pitch.

Rotherham will join Coventry in England’s second division despite being just two points above Oxford United, Portsmouth and Fleetwood Town, who are all in the play-offs.

Clubs agreed the fairest way to decide the outcome of the season was to use points-per-game.

And that means Wycombe Wanderers have leapfrogged Peterborough United and Sunderland into the final play-off spot due to having played less games while being level on points.

Wycombe technically finish third, albeit level on points with Rotherham but behind on goal difference, meaning they will play Fleetwood while Oxford and Pompey face off in the other play-off battle. 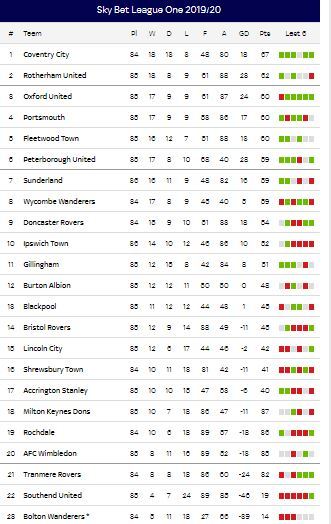 How the table looked when the season was halted in March

At the other end of the table, it’s heartbreak for Tranmere Rovers, Southend United and Bolton Wanderers.

The trio drop into League Two after having seasons to forget.

But it’s particularly painful for Tranmere, who would have been level on points with AFC Wimbledon had they been able to play their game in-hand.

But The Dons survive thanks to their superior goal difference.

Cheltenham Town, Exeter City, Colchester United and Northampton Town are in the play-offs.

And although Stevenage finished bottom, they could yet be spared relegation with Macclesfield Town facing a potential points deduction.