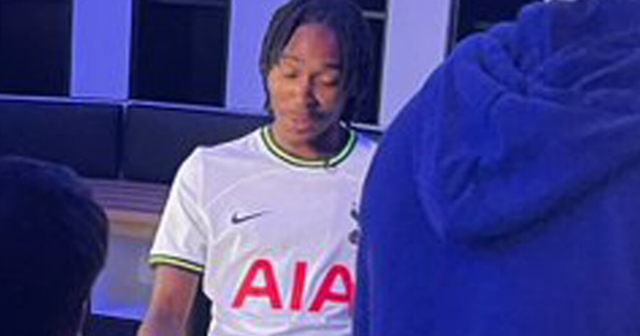 DJED SPENCE has already posed in a Tottenham shirt ahead of his big-money move from Middlesbrough to Tottenham.

Talks have been taking place for weeks but finally the two clubs have struck a compromise.

Sun Sport understands that a package worth up to £20million has now been agreed.

Spurs will pay Championship side Boro £12.5m up-front, with a further £7.5m to potentially come in add-ons.

Spence underwent his medical with the Premier League side on Friday.

And soon afterwards a photo of him seemingly conducting an interview with Spurs’ media team while wearing his new club’s colours was leaked on social media.

The ace will join up with Conte’s squad when they return from South Korea.

Spence was released by Fulham back in 2018 but was snapped-up by Boro on a free.

He was then handed his opportunity in the first-team under Jonathan Woodgate and impressed enough to win the EFL Young Player of the Month in January 2020.

But he failed to convince Woodgate’s replacement Neil Warnock as the veteran sanctioned his departure on loan to Forest a year ago.

Spence made 39 appearances for Steve Cooper’s team to help them to play-off success and the Premier League.

He also impressed in FA Cup victories over Arsenal and Leicester.

His displays also earned him international honours with England U21s, where he has gone on to win three caps.

Did you miss our previous article…
https://www.sportingexcitement.com/football/premier-league/chelsea-blow-as-man-city-enter-jules-kounde-race-and-barcelona-are-willing-to-offer-memphis-depay-in-swap-transfer/