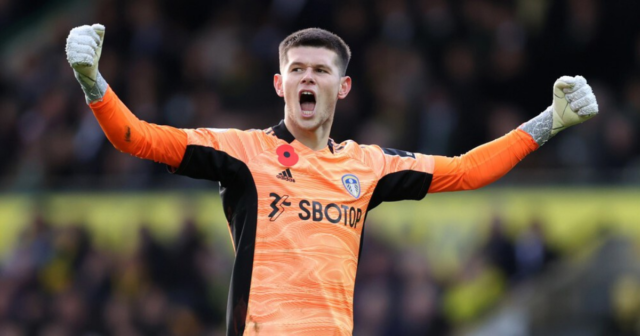 LEEDS are braced for a triple transfer raid on Raphinha, Kalvin Phillips and Illan Meslier, according to reports.

The trio have starred for the Elland Road club in the Premier League but plenty of rivals want to poach them – including Manchester United and Chelsea.

The club are said to be keen on adopting Leicester City’s policy of only allowing one major departure per season with the likes of N’Golo Kante, Riyad Mahrez, Harry Maguire and Ben Chilwell all sold for big money in separate summers.

However according to The Athletic, Leeds know they will have to fight hard to keep hold of all three when the transfer window reopens in the summer.

The 25-year-old is currently under contract until 2024, although Leeds are hoping he will put pen to paper on an improved deal.

The England international is widely regarded as one of the country’s best midfielders, as displayed at Euro 2020.

Phillips has not played since December 5 due to injury and he has been sorely missed by Bielsa.

The Hammers saw three bids rejected for him in January, including what would have been a club-record £55million for Declan Rice’s Three Lions partner.

The 26-year-old had no problem with them being turned down and is happy to stay at his boyhood club for the foreseeable future.

However, his agent Kevin Sharp says they now expect the Yorkshire club to make good on their promise of a new, extended deal.

Lastly, Meslier is said to be a target for United as well.

Despite having David De Gea and Dean Henderson already, the Red Devils could make a shock swoop for the French goalkeeper.

Meslier, 21, signed a five-year deal at Elland Road in the summer so would not come on the cheap as United plan for life beyond £375,000-a-week stopper De Gea, whose mammoth contract expires next year.