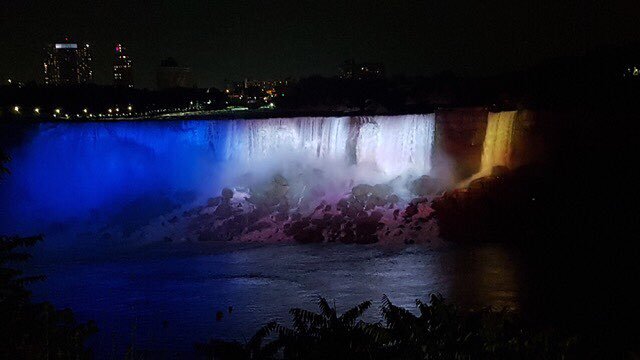 A LEEDS supporter lit up Niagra Falls in the club colours follwoing their promotion to the Premier League.

Celebrations after still in full swing after The Whites booked their spot in the top-flight after a 16-year absence.

The incredible display lasted around 20 minutes

Donnison convinced the mayor of the Canadian city to turn the waterfall yellow, white and blue.

He said: “I thought with Andy how can we keep the ball going.

“I do live in Niagara Falls and we do have a light show quite often at the falls, so I approached the mayor with the idea.

The incredible light show at the tourist hotspot lasted around 20 minutes.

After witnessing the magical moment, Bowden shared a series of snaps to his Twitter page.

He wrote: “What started off as a lighthearted conversation after winning promotion finally turned into reality last night. 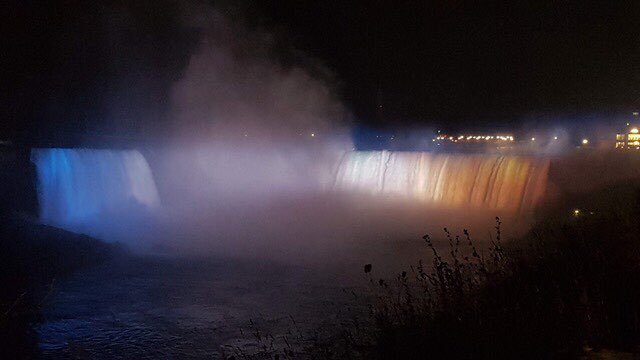 The tourist attraction was lit up in Leeds United colours

Ahead of the Premier League campaign, Leeds have signed Arsenal starlet Sam Greenwood.

And Marcelo Bielsa is reportedly set to make an offer for Lazio star Luiz Felipe.

Leeds have also unveiled their new home kit for the 2020/21 campaign.