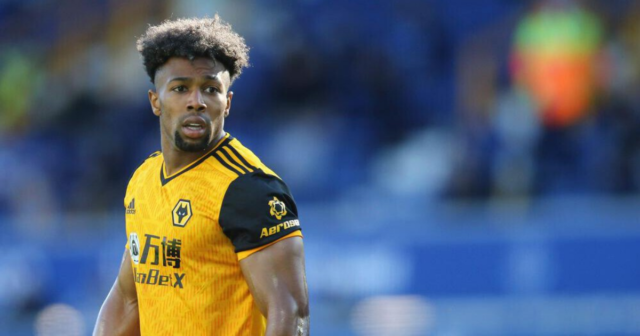 LEEDS have reportedly stepped up their interest in Adama Traore by offering Wolves £30million to sign the winger.

The 25-year-old has been linked with a move away from Molineux this summer with Barcelona and Chelsea two interested parties.

But according to transfer guru Duncan Castles, the Whites are looking to steal a march in the race to secure the Spain international’s services.

He has claimed that Marcelo Bielsa’s side have launched a £30m offer as the Argentine gaffer looks to bolster his attack.

Speaking on the Transfer Window Podcast, Castles has stated that Leeds are willing to smash their club-record fee to bring the player to Elland Road.

Though is has been alleged that Traore, who started 28 Premier League games last season, sees joining Leeds as a sideways move.

If Traore was to leave, he would only want to play for a club in the Champions League.

Castles said: “They [Leeds] were prepared to pay an initial £30m for Adama, who is a player that is well known to Leeds’ director of football Victor Orta.

“He signed him from Aston Villa when he was in charge at Middlesbrough a few years back.

“My guidance is that Adama is not interested in moving there and sees himself at, rather than making a sideways move in the Premier League, he wants to move up to a club with Champions League status.

“Or at least very realistic chances of reaching the Champions League soon.

“He’s under contract until 2023 and as we’ve been stating on the Transfer Window Podcast, he has effectively been placed on the market by Wolves.

“Wolves were interested in this offer, so I think we get a sense of how much they would be prepared to sell the player for.”

Castled then declared he wouldn’t be surprised if Tottenham make a late move for Traore with Nuno Espirito Santo a fan of him.

In 41 games in all competitions last term, Traore chipped in with just three goals and as many assists.

Though he was still included in Luis Enrique’s Spain Euro 2020 squad, where he featured just once.

Did you miss our previous article…
https://www.sportingexcitement.com/football/premier-league/man-utd-star-paul-pogba-sees-future-at-old-trafford-after-raphael-varane-and-jadon-sancho-transfers-despite-quit-talk