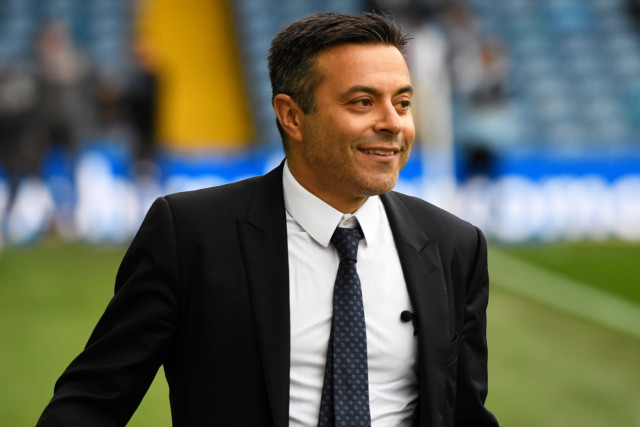 LEEDS owner Andrea Radrizzani admitted he would welcome new investment in the Elland Road club — but vowed to stay put.

Radrizzani sold a ten per cent stake to the San Francisco Giants in 2018 and has been linked with Qatari Sports Investment, a business arm of the Gulf state.

Leeds’ Italian owner Andrea Radrizzani says he is keen to stay for the long haul, with a business model similar to Man City’s

But Radrizzani insisted his ambitions remain to make Leeds the heart of a wider sporting empire and promised the fans they will continue marching on together.

“I’m starting to enjoy it, so let me stay here for a while.

“The model we have is not similar to Manchester City but more focused on football and Europe.

“So we are looking at Spain, Portugal, France or Italy.

“We don’t have a rush and when we see the right opportunity we can discuss with different investors to join the project and the platform and build together.

“Obviously at a certain point, if the company is well and profitable, it’s normal that you could have a decision to make about the future.

“If you work hard and add value and get the businesses working well, then exit becomes an option to consider. But it’s not one yet.”

But ex-Liverpool starlet Kent, 23, has been in outstanding form ahead of Monday’s transfer deadline.