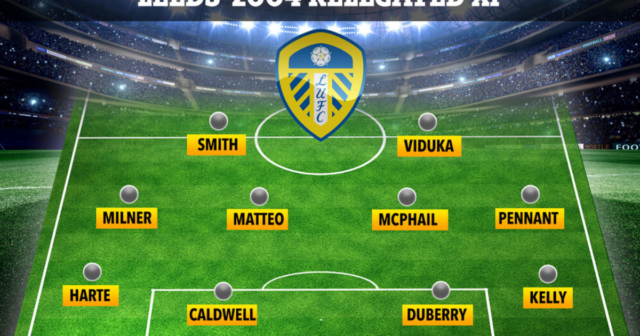 LEEDS UNITED have now established themselves as a Premier League outfit.

Marcelo Bielsa guided the Yorkshire club back to the top-flight after 16 years in which they came to define the term ‘sleeping giants’ in 2020.

And last season, they won plenty of fans for their attacking play and fearless attitude.

But back in 2004, having established themselves as regulars in European competition, Leeds’ financial mismanagement came back to bite them and they were relegated.

Stars such as Rio Ferdinand, Robbie Keane, Jonathan Woodgate and Olivier Dacourt had been sold off with a raft of loan signings depended upon in their fight for survival.

It all proved too much and Bolton smashed Eddie Gray’s men 4-1 at the Reebok on May 2, 2004, to effectively condemn Leeds to the Championship.

While there were still a number of familiar faces still at Elland Road from the earlier glory days, the team was a shadow of its former self.

Here, SunSport details the XI that day and where they are now.

If Leeds fans wonder what might have been with their relegated side of 2003/04, one player who could have led a revival was Paul Robinson.

The academy product was promptly sold to Tottenham after the drop and became an England international, with 41 caps, and a Premier League mainstay for the following decade.

These days, the 41-year-old is a club ambassador for Spurs and occasional TV pundit.

As a true one-club man, Gary Kelly stuck with Leeds upon their arrival in the second-tier before retiring in 2007.

Seven years later, he made a pitch to become the Whites’ boss after Brian McDermott’s sacking – claiming he had “all the credentials” to succeed.

But the main focus of his efforts has been the Gary Kelly Cancer Support Centre, in Drogheda, Ireland, that has run since 2004 and was partly funded by the defender’s testimonial.

Former Chelsea centre-back Michael Duberry was rarely a first-choice defender at Leeds but made most of his appearances in this relegation season.

Quickly shipped off to Stoke during the following campaign, he returned to the top-tier with Reading in 2006 and retired at the ripe age of 37.

‘Dubes’ now operates as a keynote speaker and runs an executive leadership training company, that aims “to develop excellence in leadership and management practices”. 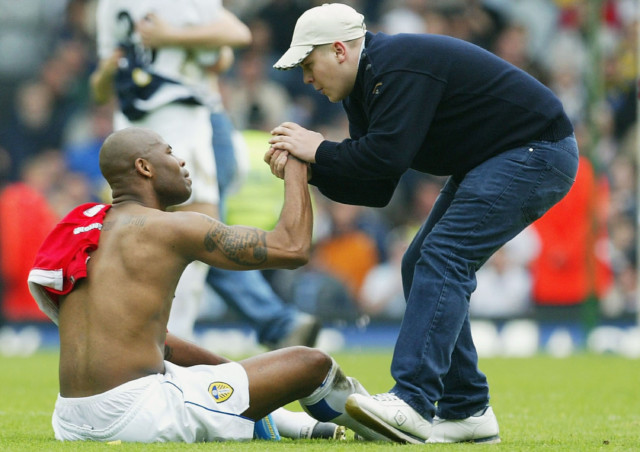 After starting centre-back Zoumana Camara blasted the club for their financial mess, Newcastle loanee Steven Caldwell was handed a run in Gray’s side.

In a short spell in Yorkshire, the Scot made 13 appearances before heading off to play for the likes of Sunderland, Burnley and Toronto.

Having retired in Canada, Caldwell fancied staying put and can be found as assistant coach for the national team.

A spell in Spain with Levante, before surprise switches to Sunderland and Blackpool, led to Irish set-piece wizard Ian Harte’s career being deemed over by many.

But a renaissance with Carlisle, Reading and Bournemouth reminded fans that he possessed one of the most lethal left foots English football has seen in recent history.

Now part of a talent agency with clients including Harry Winks and Frank Lampard, Harte is 43. 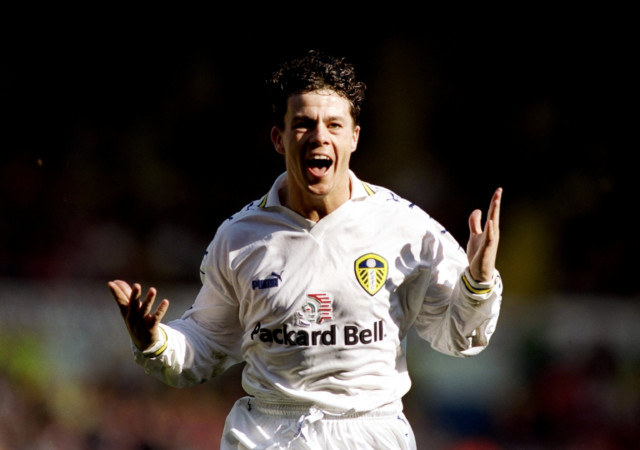 Ian Harte scored many famous goals for the Whites

Few men have had anything like the career Jermaine Pennant has had since leaving Leeds.

Pennant has also showed up on Celebrity Big Brother, Celebs Go Dating, and made headlines for his relationship with a glamour model… before recently considering a playing return with seventh-tier Redditch United.

Club captain Dominic Matteo was moved into midfield for Leeds’ relegation campaign and left for Blackburn the following summer.

His autobiography revealed huge gambling debts and he was declared bankrupt in 2015.

While doing TV pundit work, Matteo was diagnosed with a brain tumour in November of last year but he is now on the mend, at the age of 47. 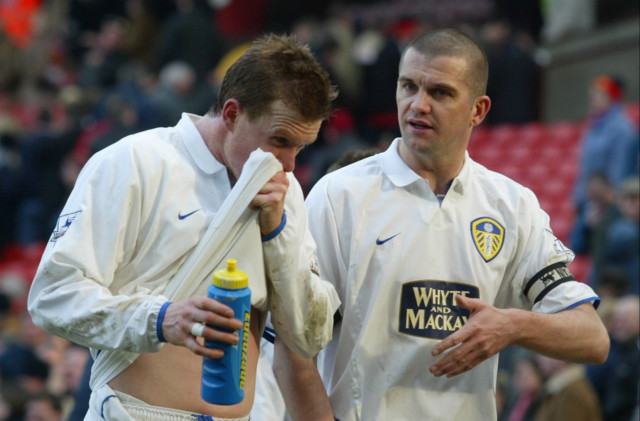 As one of the many talented youngsters plucked from Irish football, Stephen McPhail was a real bright spot of their success in the early 2000s.

He went on to find a home in Cardiff but missed many months of action after being diagnosed with lymphoma in 2009, before retiring with Shamrock Rovers.

In 2016, he was appointed sporting director of the League of Ireland side.

Another member of the ‘what might have been’ selection from this line-up, Wortley-born Milner went on to become a heck of a player.

Leeds were forced to sell the midfielder the following July, at the age of just 18, to Newcastle.

But it was at Aston Villa where he truly progressed into a star player and he has won three Premier League titles with Manchester City and Liverpool – leading to Leeds fans’ optimistic calls for a homecoming nearly every summer. 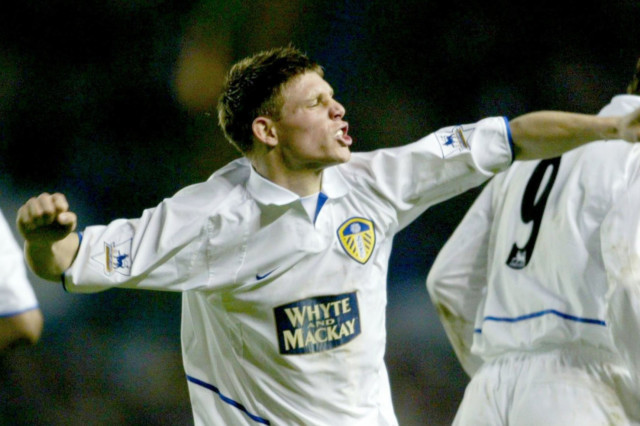 James Milner was just 16 when he made his Leeds debut

Mark Viduka scored the opener on that fateful May afternoon before getting sent off and sparking Leeds’ collapse.

It would be his last appearance for the club, before a move to Middlesbrough.

The Aussie target man has spent his retirement back in Zagreb, where he played in the late 1990s, and owns a coffee shop – recently telling ESPN: “It’s great to do something different.”

Another budding teenager of the 2003/04 Leeds side was Alan Smith, who certainly landed on his feet post-relegation.

The famous sight of the striker’s tears at the Reebok were of a Yorkshire-born lad seemingly desperate to become a one-club man.

Instead, he controversially signed for Manchester United but injury hit as he collected a single Premier League title. After retiring in 2018, he upped sticks and moved to Florida.