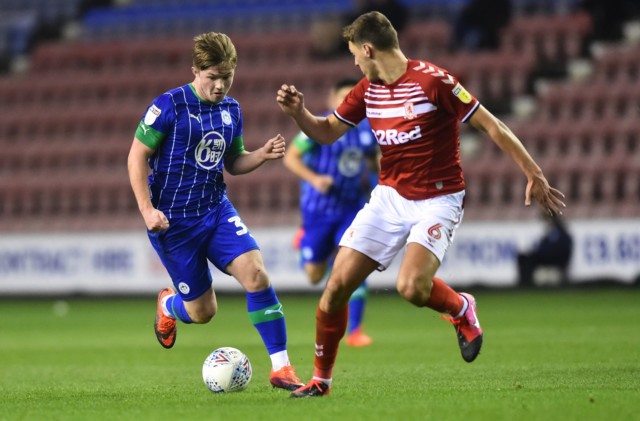 Top prospect Gelhardt is being sacrificed by Latics who have no cash for the salaries of their playing staff while they are in administration.

Gelhardt has been chased by several clubs but Leeds have struck a deal and he is likely to accept terms next week.

Wigan are being forced to sell Gelhardt cheaply because of a slip-up registering his contract.

Gelhardt ‘agreed’ a five year contract during the season but an error meant he is still on his current deal which expires at the end of next season.

Wigan hope to sell striker Kieffer Moore too but despite agreeing a fee for him the Welsh international wants to see his options.

QPR and Millwall are willing to pay £1.8 million up front plus extras while Middlesbrough and Cardiff have also expressed an interest.

The administrators hoped to have a buyer by now but several parties have looked and stepped away because of the size of the payroll.

Did you miss our previous article…
https://www.sportingexcitement.com/football/premier-league/arsenal-fans-mock-william-shakespeare-font-on-fa-cup-final-shirts-ahead-of-chelsea-clash