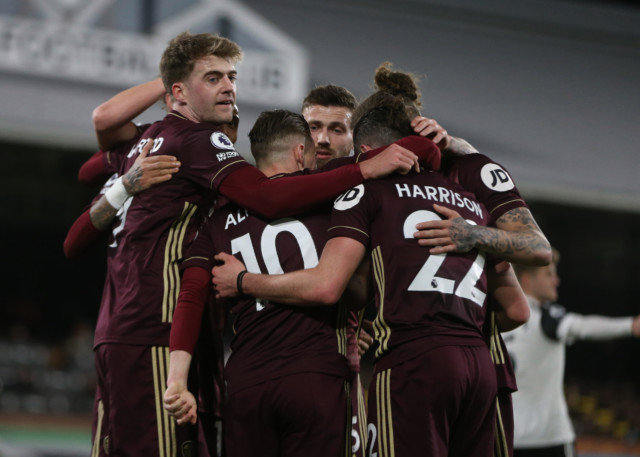 LEEDS face rivals Manchester United at Elland Road today looking for revenge after their 6-2 defeat earlier in the campaign.

United are on a terrific run themselves and haven’t lost in the league since a 2-1 home reverse to Sheffield United in late January.

When is Leeds vs Man Utd?

You can catch all the action live on Sky Sports Main Event, Premier League and Ultra HD.

Coverage follows the Championship clash between Reading and Swansea.

If you’re a Sky customer, download the Sky Go app to stream on your mobile, tablet or PC.

Non-Sky subscribers can watch the entire Super Sunday schedule by purchasing a NOW TV pass from £9.99.

Manchester United are still without Anthony Martial, who looks likely to miss the remainder of the campaign with a knee problem.

Phil Jones is also out, while Eric Bailly could be in contention for a return after his spell on the sidelines due to Covid-19.

Leeds will again be without Liam Cooper and Rodrigo misses the game through injury.

Raphinha could return to the side but Marcelo Bielsa may decide to name a side near identical to the one which drew with Liverpool in midweek.

Marcus Rashford hasn’t trained all week because of a foot injury but could still start from the bench.

Did you miss our previous article…
https://www.sportingexcitement.com/football/premier-league/pep-guardiola-backs-extraordinary-raheem-sterling-to-fire-man-city-to-glory-despite-alarming-dip-in-form