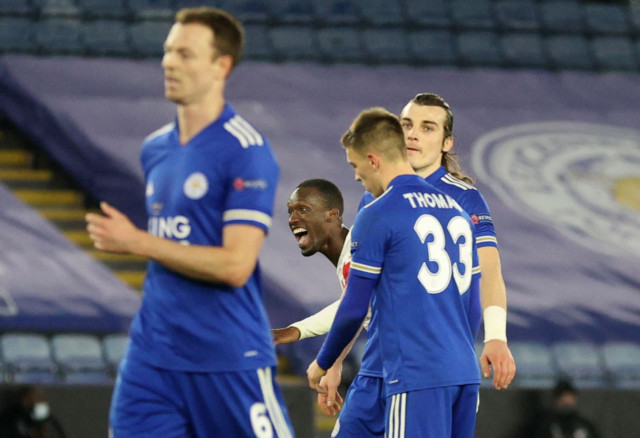 BRENDAN RODGERS’ European curse struck again as Leicester crashed out of the Europa League with barely a whimper.

For the fifth time in five attempts Rodgers failed to make it past the last 32 in this competition – twice with Liverpool, twice with Celtic and now with a Leicester City side who should have been certs to end his agony.

Sweet 16? It simply doesn’t exist for the Northern Irishman who was left with a very sour taste in his mouth after watching his much-vaunted side fold here.

Friday marks Rodgers second anniversary as Leicester City manager but he will be in no mood to celebrate the occasion at lunchtime when the draw for the last 16 is made and Leicester aren’t in there alongside Arsenal, Spurs, Manchester United and even old foes Rangers.

Leicester were the only British side who failed to fly the flag – and if we’re honest none of us saw it coming.

Lukasz Provod a 24-year-old student of business and economics management did the business for Slavia, firing home from close range from a wonderful sweeping Nicolae Stanciu cross four minutes into the second half.

The economics for Leicester don’t bear thinking about as they failed to make it to the money-spinning later stages.

Their fate was sealed 11 minutes from the end with a striker they may yet turn to one day when the time comes to give club legend Jamie Vardy some stiff competition for his place.

The 34-year-old was barely given a kick by Slavia’s defenders.

Meanwhile Abdallah Sima, a stop-gap summer from the fifth tier of French football, sealed Leicester’s fate with his 15th goal in 22 games for Slavia this season. 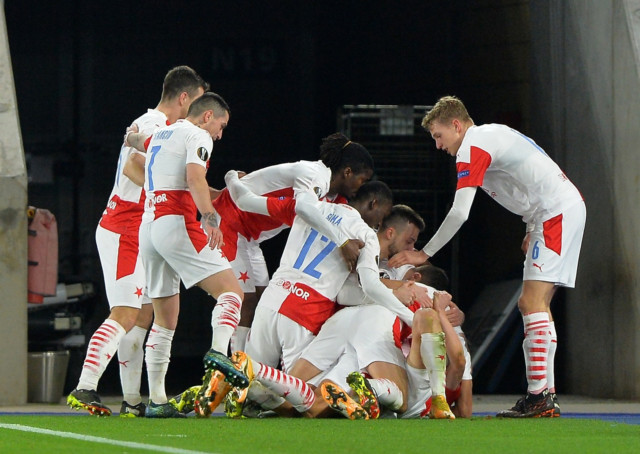 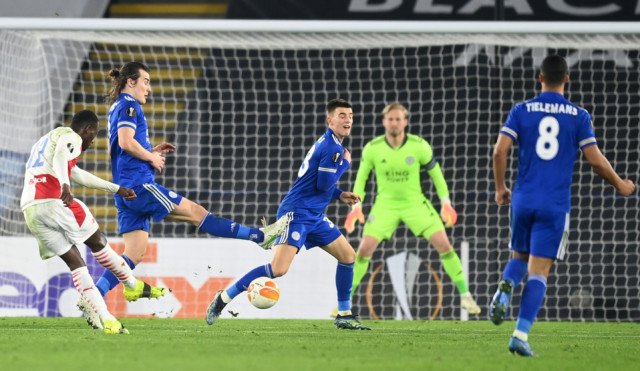 The 19-year-old collected a pass from teammate Peter Olyinka 35 yards out and had all the time he needed to drill a venomous low shot which crept inside Kasper Schmeichel’s post with the Dane beaten all ends.

Slavia value the teenage sensation at £50million – it may be a price worth paying.

The Foxes will point to the fact they were without James Maddison whose hip injury kept him out. But starting with Harvey Barnes on the bench smacked of negligence, if not arrogance.

Rodgers sent him on in a desperate triple substitution along with Ricardo Pereira and Timothy Castagne after 61 minutes.

By then they were already a goal down and even with more of their big names on show it was too little, too late.

Rodgers’ last throw of the dice was to send on his own 19-year-old Sidnei Tavares, a Portuguese kid his own fans won’t know much about yet.

Like Rodgers, it is a night which should have been one to remember – rather than one to forget!