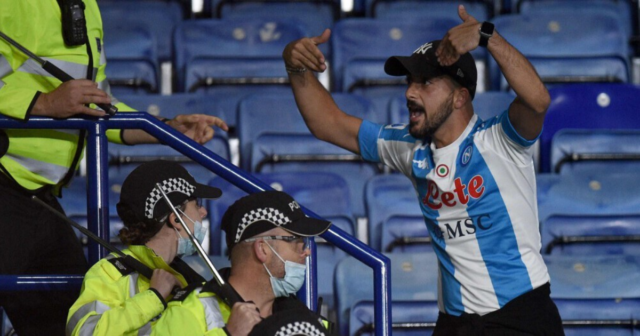 LEICESTER CITY’S Europa League clash with Napoli descended into violence in the King Power stands at the end of the match.

It looked like it would be an evening to remember for the Foxes as goals from Ayoze Perez and Harvey Barnes put them 2-0 up. 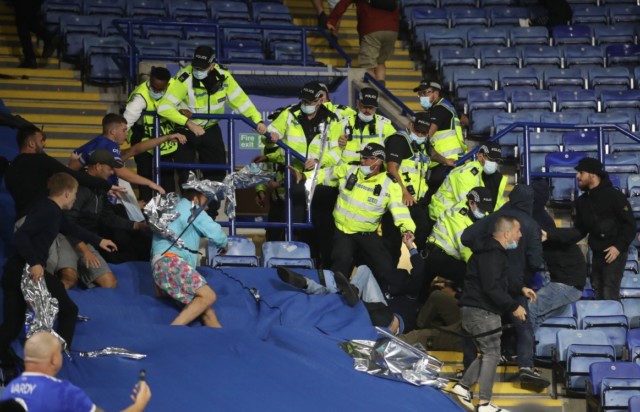 But a brilliant double from Victor Osimhen secured a point for Napoli, and there was worse to come.

Wilfred Ndidi was sent off in the dying minutes before violence erupted between the two sets of supporters.

A bust-up involving around 20-30 fans was sparked and involved plastic bottles being thrown.

Police were called in to calm things down as a group of Leicester fans scrambled over safety netting to attack Napoli supporters.

An appeal went out over the King Power’s speaker system asking fans to “respect your club” by “moving away from the segregation line”.

It was not clear how the violence started but fans were generally well behaved throughout the 90 minutes.

But earlier in the day fans of the Serie A outfit were spotted outside a B&Q, and appeared to be tooling up ahead of the Europa League clash.

They were also videoed clashing with each other outside the stadium prior to kick-off.

It was an unsavoury end to a brilliant night of entertainment, with Gary Lineker in attendance to support his team as they began their European campaign. 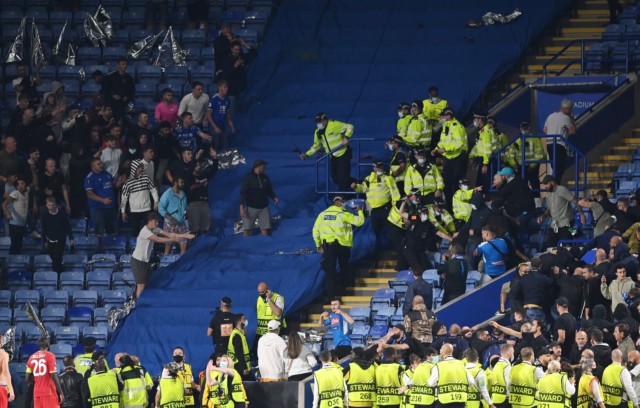 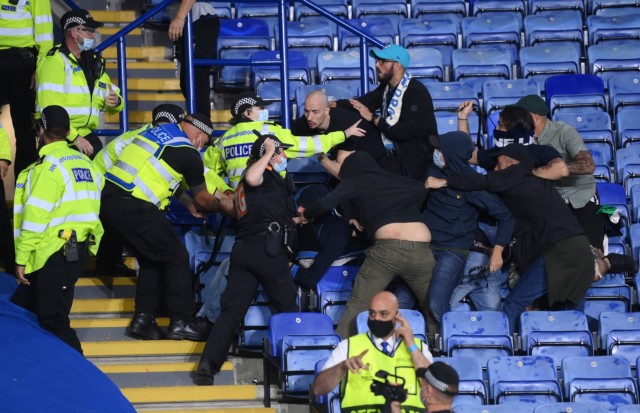 Did you miss our previous article…
https://www.sportingexcitement.com/football/premier-league/nottingham-forest-set-for-talks-for-steve-cooper-to-become-new-boss-but-will-need-to-pay-swansea-to-replace-hughton