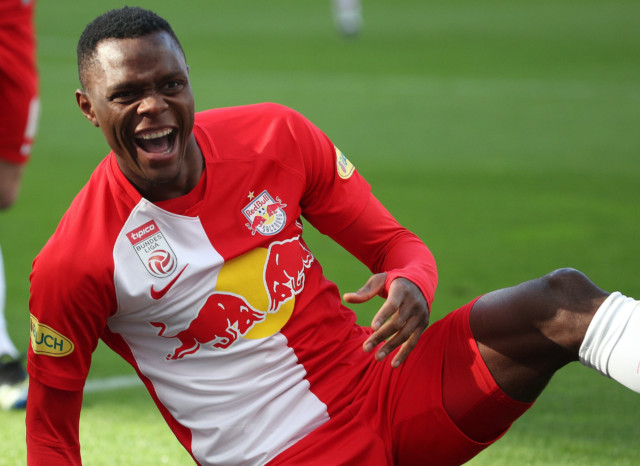 LEICESTER are tipped to beat Chelsea, Liverpool and West Ham to Zambia sensation Patson Daka after reportedly agreeing a deal with RB Salzburg.

The 22-year-old has also been linked to West Ham and RB Leipzig after a 34-goal mega-season for the Austrian champions.

But journalist Fabrizio Romano claims Daka joining Leicester is a “done deal” to be announced next week.

Daka was the Austrian Bundesliga’s player of the year, having hit 54 goals in 82 top-flight matches after joining Salzburg in 2017.

And his interest in Daka has hardened due to a £15million move for Celtic’s Odsonne Edouard falling in doubt.

But Daka could cost up to £30m after four Austrian titles in a row.

And he was left out of Zambia’s last squad, with head coach Milutin Sredojevic keen for his star man to sort out his next club move.

Sredojevic said: “Daka has to decide on his next future, and it is just fair that he can make a decision that is in the best interest of the country.”

And Rodgers admitted at the end of the domestic season: “We’ll want to strengthen at the top end of the field.

“We need more of a goal threat, and we need to have a bit more physicality in the team.”

“Maybe players who have won something or have that feeling of competing at the top end with their respective teams. That’s something that can help the team.”

Patson Daka is set to join Leicester, done deal. The official proposal has been accepted by RB Salzburg board today and #LCFC are planning to announce the new signing next week. Here we go soon!

No Liverpool, Chelsea, Leipzig for Daka. Advanced today by @mcgrathmike.

Advertisement. Scroll to continue reading.
In this article:chelsea, Leicester, liverpool