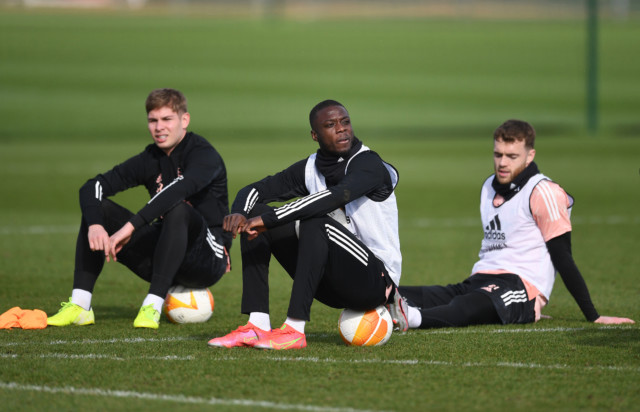 The flying Foxes are unbeaten in their last four league games, and, like the Gunners, go into this game following Europa League excursions.

All teams to score price boost – Get Leicester, Arsenal, Chelsea and Man Utd to score at 50/1

When is Leicester vs Arsenal?

What TV channel and live stream is Leicester vs Arsenal on?

Leicester vs Arsenal will be broadcast live on BT Sport 1.

How can I watch Leicester vs Arsenal for FREE?

Mikel Arteta and Brendan Rodgers are assessing their squads following their Europa League matches during the week.

The Foxes are expected to bring back trio Harvey Barnes, Ricardo Pereira and Timothy Castagne.

But James Maddison remains out with a hip injury.

Thomas Partey is back for the Gunners who have no new injury concerns.

Advertisement. Scroll to continue reading.
How Arsenal could line up against Leicester today