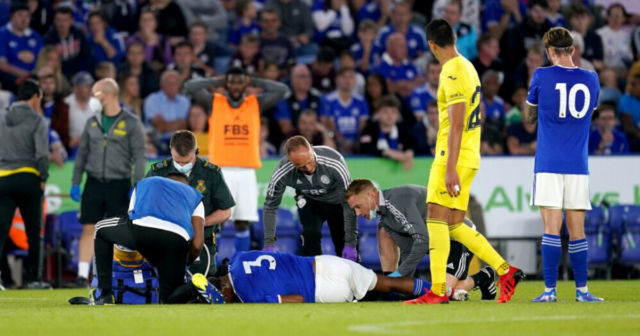 The centre-back was slumped on the King Power turf for a lengthy period of time as he received medical attention from the physios before being rushed to hospital.

Fofana went down after a shocking scissor tackle from Villarreal’s Nino on the hour mark that could see him potentially miss a large chunk of the season.

The 20-year-old’s leg appeared to get trapped under Nino’s body, with Fofana falling awkwardly as a result.

He took to Instagram late on Wednesday night to confirm the worst fears of a leg break – but there are expected to be further updates on Thursday.

Fofana captioned a photo from hospital still in his Foxes shirt: “Hello guys, many thanks for all your messages.

“It is a bad day today but I am in a tremendous club with a wonderful medical team.

“I will give you news as soon as I have a final diagnosis but we already know that I have a fibula fracture.

“I will come soon and stronger: do not worry.”

Fofana’s shocked team-mates rushed to his side with centre-back partner Caglar Soyuncu looking visibly shaken by the incident.

Kelechi Iheanacho could also be seen with his hands on his head.

Jamie Vardy commented: “You’ll be back stronger and better.”

And Luke Thomas added a series of hearts as the well-wishes poured in for the talented France Under-21 international.

He received oxygen while being carried off the pitch on a stretcher and then into a waiting ambulance.

To add insult to injury, Nino went on to score for the Europa League winners and was loudly jeered by Foxes fans who were outraged by the challenge.

Leicester fear he could now miss MONTHS of the season. 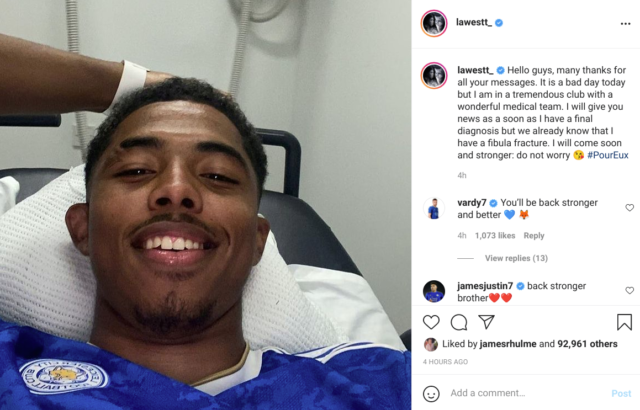 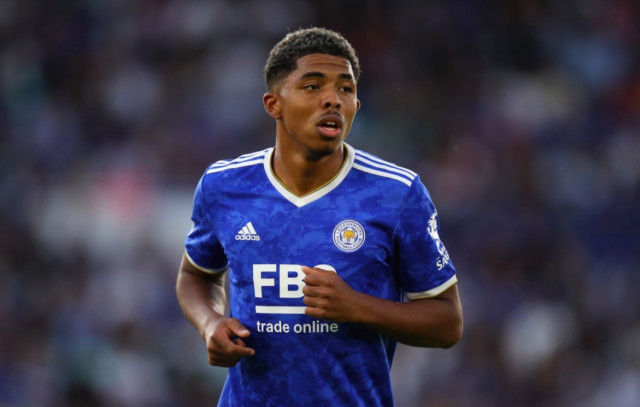 Fofana has become a key player under Brendan Rodgers, featuring 38 times in all competitions last season

That will be a blow for Brendan Rodgers, as Fofana had proven himself a key defender last season after signing from Saint-Etienne.

Leicester could now begin the season with Jonny Evans and Caglar Soyuncu as their starting centre-backs – if the Northern Irishman is fully fit for the visit of Wolves next Saturday.

The Foxes ran out 3-2 winners over Villareal, having led 3-0 at the time of Fofana’s injury.