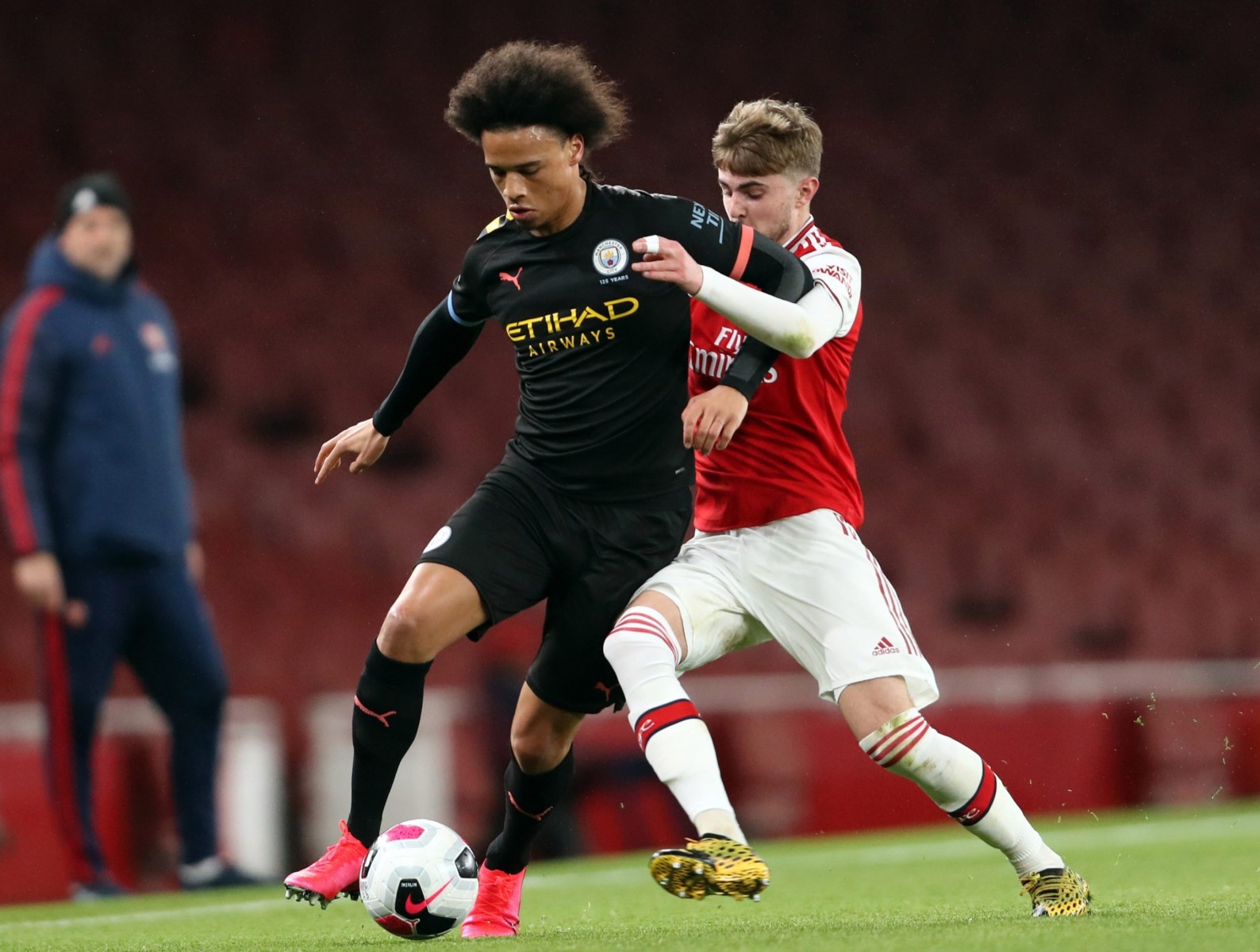 LEROY SANE made his return for Manchester City last night – after SEVEN months out with an anterior cruciate ligament injury.

The German winger played in City‘s Premier League 2 match as the Under-23s took on Arsenal.

His return is a huge boost for Etihad boss Pep Guardiola, as he looks for a cup treble of Champions League, FA Cup and Carabao Cup.

Sane was replaced by Lian Delap, the son of ex-Stoke star Rory Delap after nearly an hour.

It was a steady return for the Germany international, still set for a summer move back to his home country with Munich again in the hunt.

Arsenal were 2-1 up but the visitors scored three goals in the last 11 minutes – including two in the final six minutes – to secure a convincing win at the Emirates Stadium.

It was a very young City side.