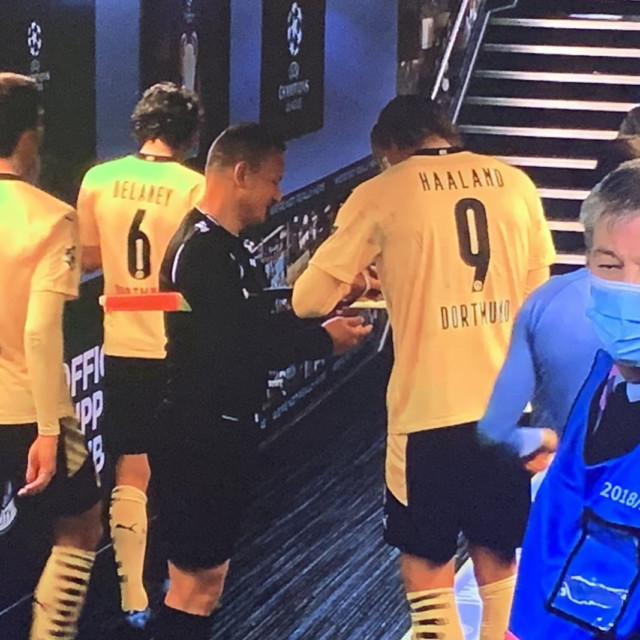 THE yellow card signed by Erling Haaland after Dortmund’s 2-1 defeat to Manchester City will be auctioned off for charity, according to reports.

Eyebrows were raised when footage emerged of Romanian linesman Octavian Sovre asking the 20-year-old for his autograph in the tunnel after the game.

The gesture ruffled feathers at the time, with City boss Pep Guardiola saying: “I’ve never seen it before but it happened.”

While former defender Joleon Lescott said on BT Sport: “There is a never a right time for that to happen.

“It doesn’t look right, it doesn’t bode well for the officials and the set-up – it’s a childish thing to see.”

But it turns out that it was for a good cause.

According to Sky Sports, Sovre made the gesture because he wants to raise money for charity.

They claim that the Romanian FA have confirmed that as well as assisting referees in the Champions League, Sovre also assists an autism centre in his native country.

The card will now be auctioned to the highest bidder, in order to raise funds for the centre.

So giddy fans will have the opportunity to get their hands on the now-infamous card.

While the money will go towards helping people that really need it.

The autograph came after a rare quiet game for Haaland.

Although, having spurned a one-on-one opportunity, the Norwegian did manage to provide a nice assist for Marco Reus to equalise in the 84th minute – cancelling out Kevin De Bruyne’s 19th minute opener.

But the lanky striker was powerless to stop Phil Foden’s last minute winner.

The two sides will face off again next Wednesday in Germany, with a place in the Champions League semi-finals on the line. 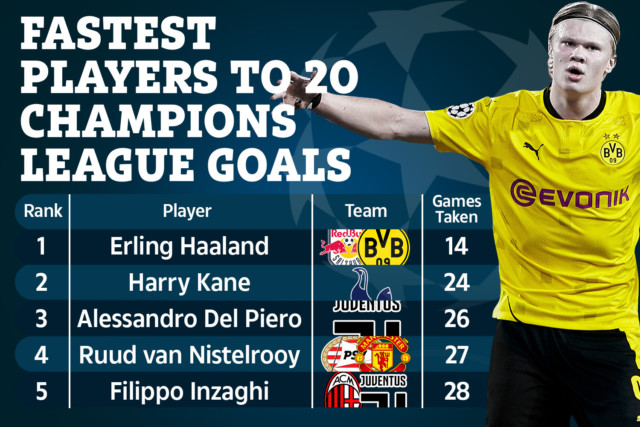